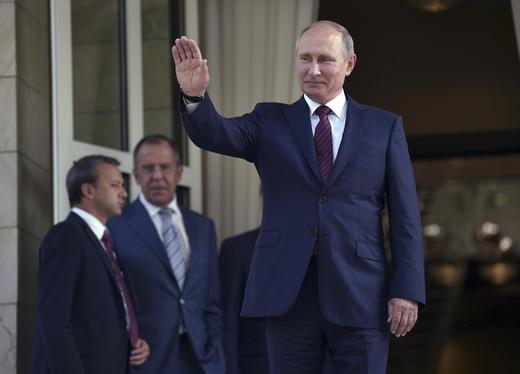 Rights activist Ivan Skripnichenko died last week after he was attacked whilst guarding a makeshift memorial to murdered opposition politician Boris Nemtsov. Skripnichenko died in the hospital after undergoing surgery to repair a broken nose; his attacker apparently punched him, asking “What, you don’t like Putin?” The cause of death remains unclear. The sit of Nemtsov’s unofficial memorial has been a source of tension now for 2 and a half years. Several people were detained in Moscow over the weekend for demonstrating in support of Internet freedom; around 1,000 are thought to have attended. This Moscow Times op-ed says that the Kirill Serebrennikov case is, without a doubt, “a show trial”, and offers some summaries of his controversial productions over the past decade. The Minister of Natural Resources says Russia intends to clean up the Arctic.

Maxim Oreshkin, President Vladimir Putin’s “new favourite official” is currently tasked with the overhaul of the Soviet agency that planned the command economy, a project dubbed the “ministry of the future”, aimed at kick-starting economic growth; Oreshkin is drawing attention for his authority with the President, despite his young age (35). Russia’s Prosecutor-General is objecting to Interpol’s refusal to put William Browder, the British investor and former employee of Sergei Magnitsky, on an international wanted list. Vladimir Putin has ordered an investigation into the massive fire that broke out in Rostov-on-Don last week.

Why does Rosneft always win? And why is Rosneft head Igor Sechin nicknamed Darth Vader? Bloomberg has the answers.