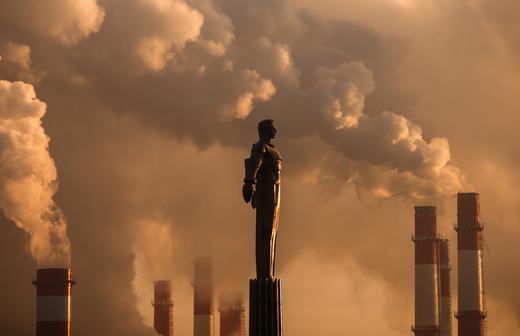 Anti-Putin liberals are gaining ground in Moscow’s local councils, showing a symbolic shift even if they do not currently have a lot of power to effect change, writes Leonid Bershidsky. “The issues handled by the council may be minuscule, but [Yabloko activist and Gagarinsky council member Yelena] Rusakova believes this is exactly where the opposition to Putin needs to start.” Business ombudsman Boris Titov has announced his plans to run in the presidential elections next year with the business-oriented Party of Growth; his close ties to the Kremlin mean that he is unlikely to be viewed as an independent candidate. And as for the women who have announced their plans to run? “Almost no one in Russia takes seriously the idea that either Ms. Sobchak or Ms. Gordon is truly attempting to challenge Mr. Putin.” The Kremlin is not about to let Ramzan Kadyrov resign, reversing his second attempt to stand down in 5 years. The Moscow Exchange has renamed the MICEX to the MOEX. Bloomberg analyses the possibility of new US sanctions on Russia’s foreign debt, and how these would aggressively affect borrowing costs.

Former economy minister Alexei Ulyukayev told a Moscow court about his bribery set-up by Rosneft head Igor Sechin, who allegedly told him that the basket, which contained $2 million in cash, was a gift of wine. “The size and weight seemed to correspond.” Sechin has missed his fourth court date; Ulyukayev continues to protest his innocence. A St Petersburg court has sentenced a man to two years in a penal colony for using social media network Vkontakte to insult high-ranking officials. This article discusses the 15% of all Russians who keep emigration as an option, and how the numbers and demographics have changed in recent years (many more emigrating now, including successful professionals). Google is in communication with Roskomnadzor over its announcement earlier this month that it would seek to give less prominence to alleged fake news sits Sputnik and RT in its search results, and says it won’t change the way it ranks websites. The watchdog is set to check in with Twitter next year to make sure it is abiding by the law that requires it to store the personal data of its Russian users on Russia-based servers.

Dmitry Peskov says that Russia remains the victor of the 2014 Sochi Winter Olympics, despite having been stripped of 9 of its medals due to doping. A memorial was held in Moscow for late opera singer Dmitry Hvorostovsky.

PHOTO: Steam rises from chimneys of a heating power plant near a monument of Soviet cosmonaut Yuri Gagarin, the first man in space, with the air temperature at about minus 17 degrees Celsius (1.4 degrees Fahrenheit), during sunset in Moscow, Russia, January 9, 2017. REUTERS/Maxim Shemetov