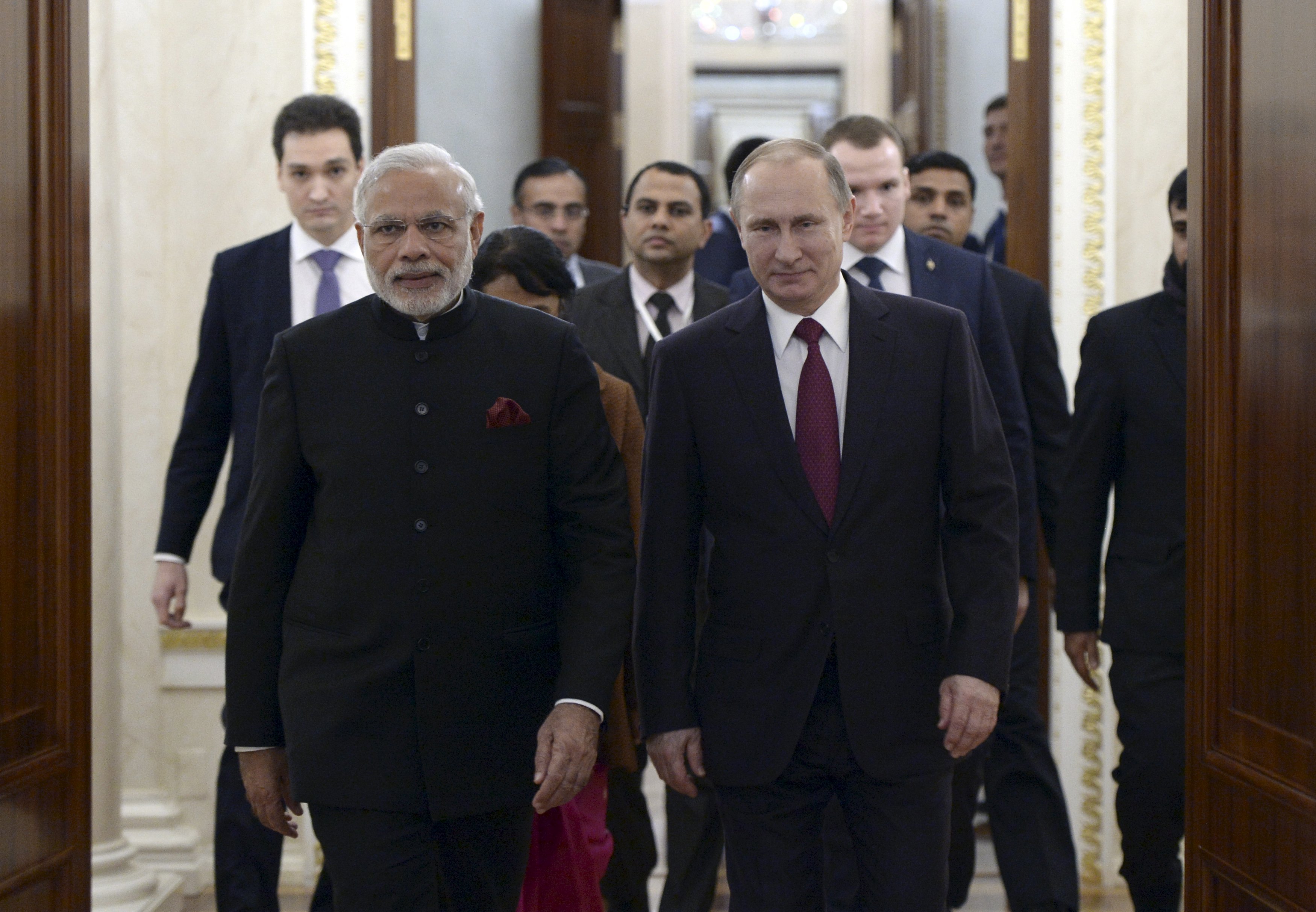 After Valentina Matviyenko dismissed Amnesty International’s report about Russian air strikes as lacking ‘concrete facts‘, a senior officer told Rossiya 24 that Russian air forces have ‘never’ hit civilian targets in Syria in any of the 5,240 sorties it has made since September 30.  It was then reported, and confirmed by the Syrian army, that one of Russia’s most recent air strikes in Damascus killed a top Syrian rebel leader, Zahran Alloush.  India has signed a massive $12.65 billion nuclear energy plant deal with Russia, with construction on two plants to begin early next year and due to be operational by 2022; the long-range plan is to build at least six new nuclear power units in India by 2035.  President Vladimir Putin has called for several counter-terror operational headquarters to be set up in coastal areas.  The Washington Post is concerned about recent reports that Russia is developing an underwater nuclear weapon, as small, tactical nuclear weapons do not come under any treaty limitations. Deputy Prime Minister Arkady Dvorkovich says that extended sanctions against Turkey are to be expected.  Sberbank head German Gref is expecting the rouble to fall even more in 2016.

Moscow’s Basmanny Court upheld the Investigative Committee’s refusal to change the charges against suspects of Boris Nemtsov’s murder from ‘murder’ to ‘the attempted life of a state or public official’, thereby effectively denying the political nature of Nemstov’s death.  The BBC looks at Vladimir Putin’s most trusted advisors, both now and at the beginning of his leadership, noting a continuity both throughout his years in power as well as since his KGB days.  A new film, to be released in the UK in early January, investigates the Bolshoi Ballet’s culture of corruption, ‘intense partisan divisions’, and ‘brutal nature of aspiration in modern Russia’, sparked by the acid attack against former artistic director Sergei Filin in 2013.  The Moscow Times reviews the most high-profile court cases and rulings of 2015, including January’s three-year prison term for Ildar Dadin, who was found guilty of violating protest laws.

Russia is warming more than twice as quickly as the rest of the world, on average, the source of the country’s ongoing droughts, floods, and fires.  ‘Leaders Number One’, a new Putin-inspired perfume, smells of blackcurrant, mung beans and fir cones and is ‘soft […] but very firm’.