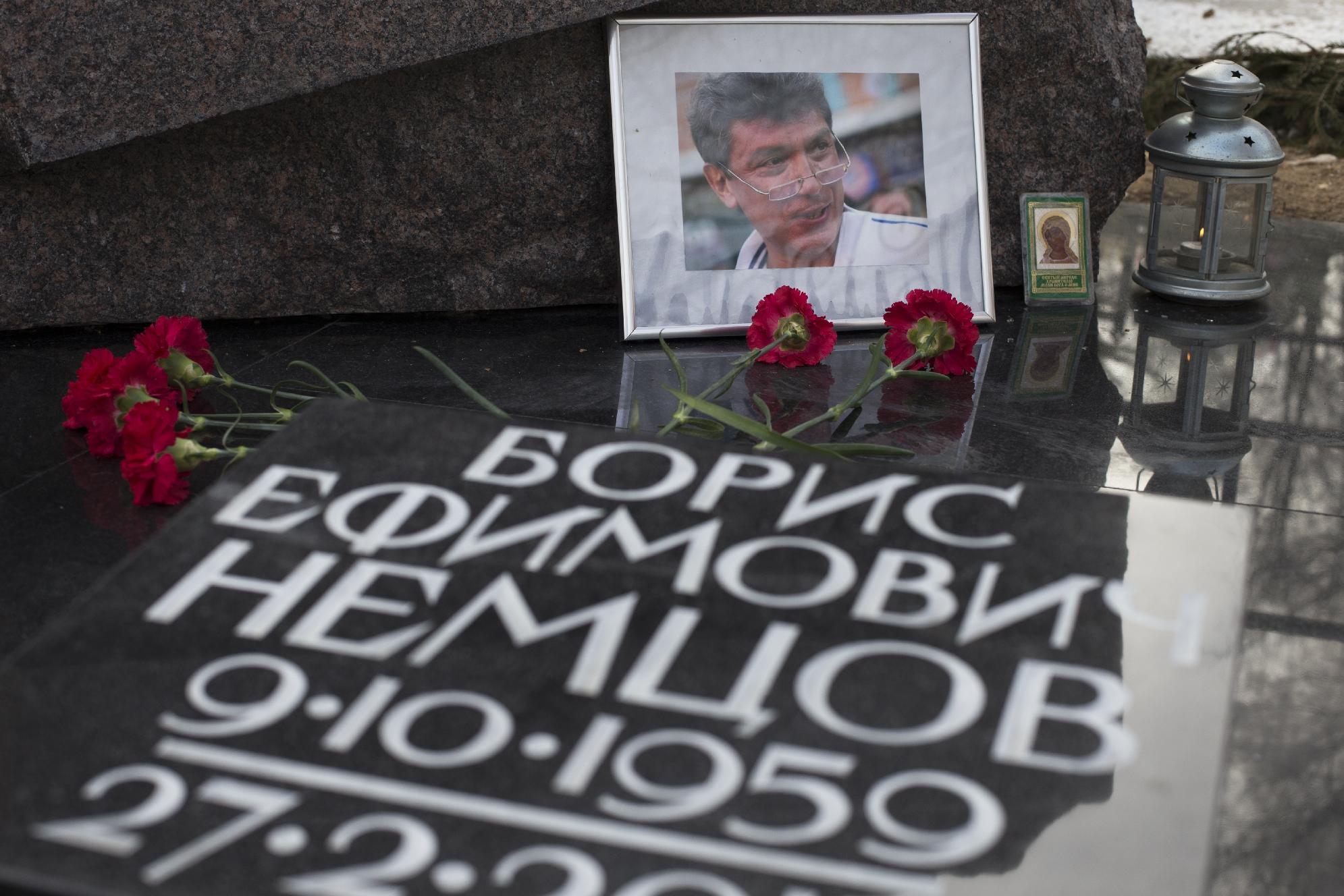 Several events were held around Russia over the weekend to mark the one-year anniversary of the death of opposition leader Boris Nemtsov, who was gunned down outside the Kremlin, including a march in Moscow which is said to have gathered thousands (with police estimates at 7,500, and opposition estimates as high as 100,000). They were blocked by authorities from marching past the exact spot of his murder.  The rally was the largest in Russia since the one that marked his death. ‘One year on, we miss him not less but more.’ The day before the event, its organiser was severely beaten by unknown attackers in Chelyabinsk, with a PARNAS party official alleging that city police officers were among them.  Ilya Yashin writes about Nemtsov’s murder as an act of terrorism and impunity which has set the stage for more political assassinations.  A top official at state-owned Sberbank has been appointed as the new head of state-owned Vneshekonombank.  RFE/RL reports on why ‘the names Rotenberg, Timchenko, and Shamalov are lightning rods for Kremlin adversaries’ who accuse Putin of cronyism.

The Syrian ceasefire appeared to be off to a good start this weekend, with reports suggesting that hostilities had halted between all parties over the weekend, and Russia, which has promised to continue its onslaught against terrorist groups outside of the ceasefire conditions, initially suspending all flights over Syria ‘to ensure no wrong targets were hit by mistake’.  But both the Syrian Observatory for Human Rights and the Saudi Foreign Minister yesterday accused both Russia and the Syrian government of violating the agreement, with several reports suggesting that air raids were carried out on several targets in the north.  Russia is blaming Turkey for an attack on a Syrian town yesterday.  President Vladimir Putin is warning that Russia’s foreign enemies are planning to interfere in the general elections in September, and claimed that over 400 foreign intelligence agents were intercepted in Russia last year.

Revenues at social media network Vkontatke grew by 44% last year.  Russian convicts are not receiving sufficient medication to treat HIV and hepatitis.  Controversial Chechen leader Ramzan Kadyrov, who has been in the spotlight recently for his threatening remarks about opposition figures, is ready to step down from his post ‘with pleasure’.

PHOTO: Flowers, a portrait and a candle are placed at the grave of Boris Nemtsov, in Moscow, Russia. (AP Photo/Ivan Sekretarev)