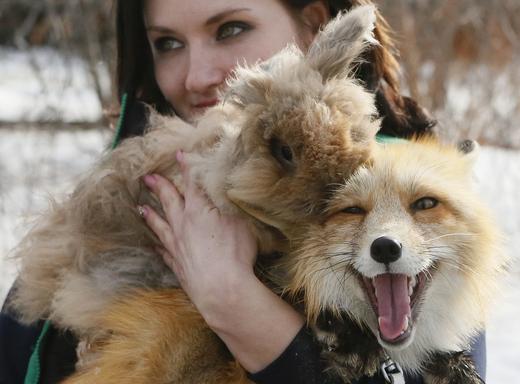 A survey from the Levada Centre indicates that over two-thirds of Russians blame Vladimir Putin “entirely” or “significantly” for mass corruption amidst high-level officials, and believe that corruption is now a severe and entrenched issue. Moscow authorities have fenced off Pushkin Square for “repairs”, following the weekend’s anticorruption protests there, which drew thousands. Kremlin-backed news organ Sputnik says Western media over-hyped the protests. One of the women detained during the protest says her arrest was “like a bad dream”, and was completely unprovoked.  A spokeswoman for Alexei Navalny’s Anti-Corruption Fund (ACF) said the jailing of a dozen of its employees during the protests was “an obvious attempt to disrupt” Navalny’s work. The foundation’s director says federal agents are currently occupying ACF offices in Moscow, which were evacuated by police after an alleged bomb threat; the threat happened to coincide with the ACF’s attempts to live-stream the protests on the Internet, which managed to reach 175,000 viewers before it was shut down. Bloomberg reports on Navalny’s national campaign in advance of his “long-shot bid to beat Putin” at next year’s presidential elections. The New Yorker discusses this new wave of protest, arguing that the demonstrations “have awakened a sense of possibility in Navalny’s campaign, if it is allowed to proceed”.

President Vladimir Putin and his Iranian counterpart, Hassan Rohani, have concluded their talks in Moscow, praising each other for their actions in Syria, and making progress on their plan to bring nuclear energy to Iran. Gazprom also signed a gas cooperation memorandum with Iran’s NIOC. Europe’s top court has upheld EU sanctions against Russia over the Ukraine conflict, including those affecting Rosneft. The Kremlin has broken its 2013 pledge that it would protect Arctic wildlife. Apparently videos filmed in classrooms capturing teachers trying to indoctrinate students with pro-Kremlin ideologies is “a viral trend”, says the Moscow Times, citing this recent example of a Tomsk State University lecturer excoriating students for attending the most recent protest. A man has been fined $18 in Novocheboksarsk for extremism, after posting on social media about a previous accusation against him of extremism that had been annulled. The Moscow Times writes on the distinctly Russian phenomenon of “dark power”.

US Secretary of State Rex Tillerson is apparently planning to push NATO to keep pressure on Russia over its local aggression and failure to end the conflict in eastern Ukraine, ahead of its meeting with Russia tomorrow.  The Defence Ministry says it regards US naval patrols in the Black Sea as a threat. Vnesheconombank has revealed that Donald Trump’s son-in-law and aide Jared Kushner met with its executives last December. Trump’s new national security adviser is a Russia scholar.

PHOTO: A zoo employee Valentina Chernomorets carries a rabbit named Chupakabra and Ralf, a one-year old red fox, after a training session which is a part of a programme of taming wild animals for research and interaction with visitors, at the Royev Ruchey Zoo in Krasnoyarsk, Siberia, Russia March 27, 2017. REUTERS/Ilya Naymushin