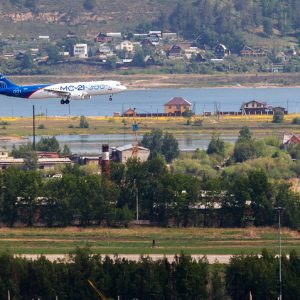 According to a new report from the Washington Post, U.S. President Donald Trump’s son-in-law, Jared Kushner, apparently proposed establishing a secret communications channel between Trump’s team and the Kremlin at a meeting with Russia’s ambassador in Washington, Sergey Kislyak, after the election.  It seems that the line, which was never actually created, would have used secure communications in a Russian diplomatic facility, in order to hide it from the intelligence services who would at that point still be responsible to Barack Obama.  The New York Times has reported that Kremlin-connected oligarch Oleg Deripaska will cooperate with U.S. congressional committees examining possible connections between Russian agents and the presidential campaign of Donald Trump, although his requests for immunity from prosecution were rebuffed.  Russia’s ambassador to NATO has criticised the alliance’s plans to up military spending, on the basis that the U.S. defense industry will be the main beneficiary as European states acquire more arms.  New French President Emmanuel Macron, the Kremlin’s lesser preferred candidate for the post, has promised he will be ‘demanding’ in his exchanges with Russia as he gears up for a meeting with Vladimir Putin.

The unlikely, oil-based partnership between Saudi Arabia and Russia in the face of a common rival (the U.S. shale gas industry) is, it seems, to be a long-term feature of the global energy market.  Bloomberg reports that their agreement to cut production failed to impress the market – but Energy Minster Alexander Novak says they have the capacity to adjust their agreement, if need be.  Russia is hoping to attract forgiven investment with plans for its biggest-ever auction for renewable energy.  The maiden flight of Russia’s first post-Soviet commercial airliner, the MS-21 medium-range passenger plane, reflects a desire to boost industrial production in the wake of sanctions.   Tallinn’s decision to expel two Russian diplomats has been described as ‘provocative and ungrounded,’ by the Foreign Ministry.

A number of police officers in Moscow have been lambasted for roughly detaining a 10-year-old boy who was reciting poetry by William Shakespeare, footage of which has gone viral.  A blogger in Kemerovo accused of ‘inflicting pain’ on a police officer during his arrest in June 2016, has told a court how he was subject to police brutality in custody. The Committee to Protect Journalists is urging Russian authorities to lead a ‘thorough, unbiased, and effective’ investigation into the killing of the chief editor of a newspaper in the Siberian city of Minusinsk.