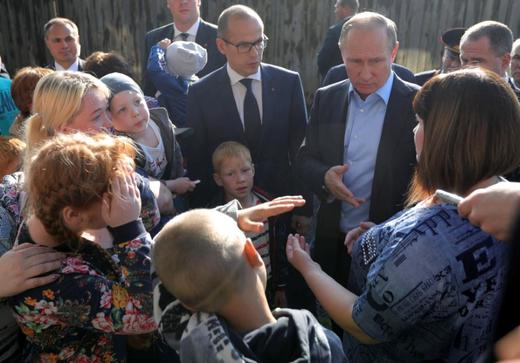 Russian officials are apparently concerned that the US is pushing for regime change in the Kremlin, and President Vladmir Putin has claimed that some foreign special services are directly supporting extremist and terrorist groups in order to destabilise territories near Russian borders. As expected, the European Union formally extended its anti-Russia sanctions until January next year (it has been three years since they were originally imposed, following the July 2014 annexation of Crimea). The Kremlin says Russia will reserve the right to take retaliatory steps. The head of watchdog Roskomnadzor says that Pavel Durov’s Telegram messenger app has provided all of the necessary data in order to be registered as an information distributor in Russia, after Durov said the company would not comply with the authorities’ antiterrorism requirements. The registering of the company means it is no longer under threat of being banned. The Kremlin says that cyber attacks like the global Petya ransomware attack that hit Russian companies his week make plain the need for a special international action to fight cyber crime.

The Foreign Intelligence Service says NATO’s policy towards Moscow has been aggressive, and that Russia thus needs “to improve our capabilities in order to quickly respond to the changes, challenges and threats of the modern world”. Foreign Minister Sergei Lavrov says it would “probably not be right” if President Vladimir Putin does not meet with US President Donald Trump at the G20 in Germany next month. The court in the trial of the five men charged in the connection with murder of Boris Nemtsov was adjourned yesterday after the jury failed to come up with unanimous verdict in the three hours allotted them. Kremlin spokesman Dmitry Peskov says the search for those who masterminded the killing will continue, but is likely not going to see any results for some time, as such cases are “the most challenging ones to solve”.

The State Duma is considering legislation that could ban foreign Russian-language media outlets from operating within the country. The FBI are interviewing employees of Moscow-based cyber security firm Kaspersky Lab, part of a wider investigation into company operations. Vladimir Putin visited one of his call-in viewers yesterday, in a “carefully-choreographed” trip during which he ordered local government officials that she be rehoused.

PHOTO: Russian President Vladimir Putin talks to Anastasia Votintseva, who had complained to him during a televised question-and-answer session this month that she had to live in unsanitary conditions in a ramshackle wooden house, in the Urals mountain city of Izhevsk, Russia, June 27, 2017. Sputnik/Mikhail Klimentyev/Kremlin via REUTERS