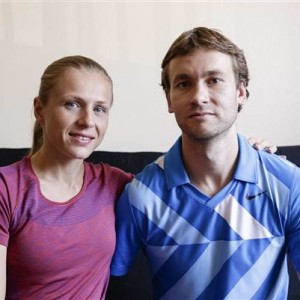 The recent escalation of tensions with Ukraine over Crimea may well impact the speed of Russia’s economic recovery, says Bloomberg, as it undermines investor confidence and makes the retention of  EU and U.S. sanctions a likely prospect.  Investing in Russian securities remains frightening for investors, agrees one commodities investor quoted in Forbes.  After announcing enormous second quarter profits, shares for state-owned bank Sberbank have reached record highs, boosting its market capitalization to $49.7 billion, surpassing that of Gazprom for the first time ever.  The privatization of shipping company Sovcomflot, which was due for this year, has become the latest major sale to be postponed until 2017.  Thanks to the mild winter and warm, wet summer Russia will reportedly retain its position as the world’s top wheat exporter.

As his shakeup of senior officials continues, President Putin has fired two top-ranking generals from the country’s Investigative Committee, Major-General Dmitry Shershakov and Vitaly Frolov, the first deputy head of the Investigative Committee Oversight commission.  There are plans for the creation of a new secure communications network, an entirely separate Internet, for state employees, thanks to a proposal of the Security Council.  Seventeen migrant workers from Kyrgyzstan have apparently died in an inferno at a warehouse in Moscow.  Although there has been an escalation in hostilites in Ukraine’s east – ‘the timing for a major Russian escalation seems wrong’, notes an article in the Guardian.

Russia and Iran have reportedly signed a $1 billion contract for building offshore drilling rigs in the Persian Gulf.  An op-ed in the Moscow Times suggests a burgeoning bromance between Russia’s president and Iran’s Supreme Leader, Ayatollah Ali Khamenei.  Whilst progress was made, the U.S. and Russia said they have not reached any breakthrough in nine hours of talks in Geneva over the conflict in Syria.  After blowing the whistle on Russian doping, 800-meter runner Yulia Stepanova and her husband Vitaly, a former doping officer, are paying the price.

PHOTO: Yuliya and Vitaly Stepanovs pose for a picture before an interview at an undisclosed location on July 28, 2016. ISAIAH DOWNING / Reuters