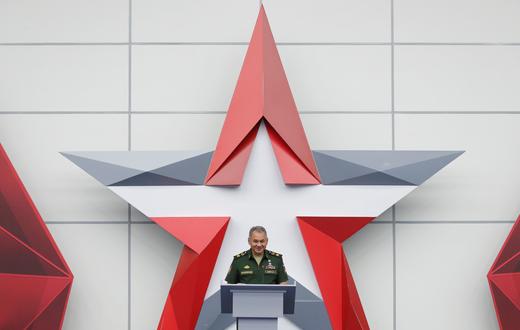 President Vladimir Putin has spoken out about unpopular pension reforms, suggesting a possible softening of the original proposal which has drawn intense criticism and protest and caused his confidence ratings to fall below 38%. He said that any amendments should have “a human dimension”; he will make a fuller, televised statement later this week. Transparency International, the anti-corruption watchdog, has identified one fifth of Russia’s State Duma members as former law enforcement or military agents constituting a “power lobby” who unconditionally support growing expenditures for national defence and law enforcement. Russia has increased its naval presence in the Mediterranean to its largest since it entered the Syrian civil war in 2015, just as Syrian President Bashar al-Assad is said to be preparing an assault on Idlib. Russia will hold its biggest war games in almost four decades next month, with 300,000 troops taking part. China will be taking part, with the Kremlin pointing out that this indicates “the broadening of interaction between the two allies in all spheres”. One of Russia’s World Cup facilities in Samara has already fallen into disuse over unpaid bills.

Under the Telegram messaging app’s new privacy policy, personal user data will be turned over to the authorities if ordered by a court in connection with a terror probe. The company says this has not yet happened, and that any cases will be disclosed in transparency reports. Telegram founder Pavel Durov defended the new measures, saying that it would discourage extremists from using the app; the company has been facing blocks this year for Durov’s refusal to give authorities its encryption keys. Roskomnadzor says it will consider the possibility of unlocking the app only once it provides these keys. Russia has moved to restrict the activities of US-based environmental advocacy group Pacific Environment as an “undesirable organisation” that threatens the country’s constitutional foundations.

Rosneft’s shares are at an all-time high, making it Russia’s most valuable company; the FT links this to “an abrupt change of rhetoric from the company and its pugnacious chief executive Igor Sechin”. Turkey has countered claims that its close partnership with Russia is an alternative to ties with Europe and the US.