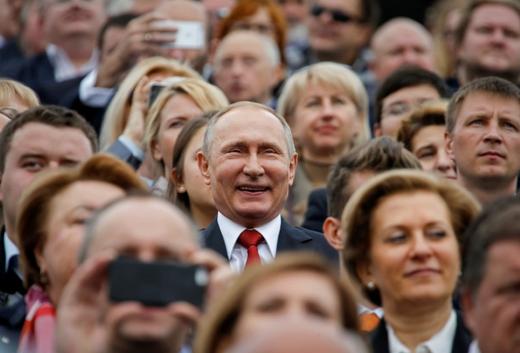 The US is threatening to end its diplomacy with Russia regarding Syria following the recent ‘barbarism’ of its attacks on Aleppo in which hospitals were hit; the US holds Russia responsible for the use of incendiary bombs in the atttacks, which could justify accusations of war crimes, and will suspend talks unless the bombing ceases.  Russia says it is counting on the US to be ready to work with it on Syria.  The New York Times argues that Russia’s latest round of attacks is calculated to erode the credibility of Syrian rebels, thus giving Russia veto power over high-level diplomacy.  The Dutch team leading the criminal investigation into the downing of flight MH-17 says it has found further evidence that the incident was caused by pro-Russian separatists using a Buk missile launcher that came from Russia; Russia says the investigation is politically motivated and biased, arguing that Russia has been ‘arbitrarily designated’ the guilty party.  This piece says Russian hackers have been targeting journalists who were investigating Russian involvement in the downing of the jet since early last year.

Somewhat unsurprisingly, President Vladimir Putin says he wants the upcoming three-year budget to be able to follow through on key projects such as healthcare, educations, housing, and the support of smaller businesses, without tapping into reserves or increasing government debt.  Meanwhile Russia’s oil production continues to hit new post-Soviet highs.  It is being questioned whether or not Putin will run again for President in 2018, amid rumors that he is tired after 18 years in power, but opposition politician Dmitry Gudkov suggests that he needs to keep his position to avoid being prosecuted for his actions in Ukraine.  Of the 4.8 million Russians currently estimated to be earning the legal minimum wage, more than a third are state employees.

Senator Yelena Mizulina believes that the ‘lifelong sense of guilt’ stemming from abortions is responsible for increased levels of aggression in society, and argues that the procedure should be banned.  A petition for a complete ban on abortions in Russia has already been backed by 300,000 people.  A gay rights march was approved by authorities in Ivanovo just hours before the permission was revoked following a review that deemed the gathering would be ‘too close to schools and nurseries’.