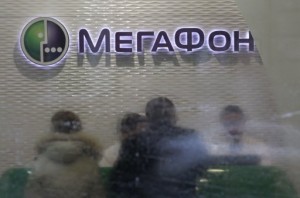 Detectives are still awaiting the results of toxicology tests on 44-year-old Alexander Perepilichnyy, an informant in the Sergei Magnitsky case who was found dead at his home earlier this month. ‘According to Hermitage, Perepilichnyy was a key witness against one of Russia’s most notorious criminal gangs, the “Klyuev group”.’ Prime Minister Dmitry Medvedev has attacked the U.S. for linking the new Magnitsky List to the now-defunct Jackson-Vanik amendment, calling it ‘a huge mistake’.  The Interior Ministry has called former Agriculture Minister Yelena Skrynnik as a witness in a $16 million fraud investigation relating to state-owned farm equipment leasing firm Rosagrolizing; Skrynnik calls the accusations libel.  A former FSB officer linked to Boris Berezovsky has been detained over an alleged $1.5 million fraud.  Last weekend’s revolt at a prison in the Urals city of Kopeisk was unusual for its size and the amount of attention it drew, says the Moscow TImes.  HIV cases are on the rise in Russia, with a 12% increase in the number of new cases this year, year-on-year.  The EU’s new special representative for human rights, Stavros Lambrinidis, has promised to raise rights issues in his dialogues with Russia.

Mobile phone operator MegaFon ended up pricing its initial public offering at the bottom of the guided range, raising $1.7 billion.  A 1994 photograph featuring Andrei Skoch, a leading figure at MegaFon, posing with ‘two of Russia’s most feared gangsters’ has resurfaced.  Rusnano chief Anatoly Chubais has publicly welcomed American pharmaceutical company Selecta Biosciences to Russia, praising its decision to invest in them as ‘the right choice’.  Dmitry Medvedev has indicated that no final decision has been made on whether or not the government will sell its stake in Rosneft.

Belarusian President Alexander Lukashenko is fueling rumours that Vladimir Putin is recovering from a back injury.  Injury or no, Putin’s scheduled visit to Turkey next week suggests that he is back on track.

PHOTO: Customers and staff are seen through the partially cleaned window of a Megafon shop in Moscow November 28, 2012. (SERGEI KARPUKHIN/REUTERS)