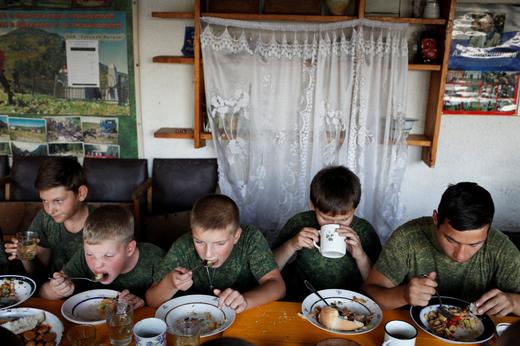 President Vladimir Putin has announced 18-month long state allowances of about $180 per month and other economic perks for new parents, a bid to address Russia’s “acute demographic situation” and a population which has been declining since 1992. The National Defence budget for the next 3 years has been set at $116.6 billion. An acrobatic rock’n’roll colleague of Katerina Tikhonova confirmed that she is the younger daughter of President Vladimir Putin, and then retracted his comments, blaming problems with his hearing, says a Reuters exclusive. The Central Bank is warning consumers away from cryptocurrencies, saying they carry high risks and may lead to losses. Sberbank is estimating annual losses to the Russian economy of $10-11 billion due to cybercrime. Allegations of exploitation by intelligence officials will hit cyber security group Kaspersky Lab’s revenues by 5 – 8% in North America this year, it estimates. Founder, Eugene Kaspersky, denies that the company ever cooperated with Russian intelligence, and says he would leave Russia if an agency ever asked him to spy.

OPEC wants its oil production cuts to be extended into next year, but Russia is having trouble agreeing on an exit strategy. The US State department says the new law that will allow Russia to list foreign media outlets as “foreign agents” poses a threat to a free press. The new law, signed by Vladimir Putin over the weekend, has already led Roskomnadzor to finalise a procedure to halt the distribution of foreign print media in Russia. In a speech reassuring European allies of US commitments, Secretary of State Rex Tillerson took a swipe at Russia for not being “responsible”. Ksenia Sobchak continues on the presidential campaign trail, pushing a message of “evolution not revolution” (aka Putinesque liberalisation as opposed to dramatic changes).

Pressure group FARE (Football Against Racism in Europe) is warning LGBT football fans about holding hands in public during the World Cup in Russia next summer, given levels of homophobia in the country. FARE is urging Russia to make homophobia a punishable offence before the World Cup begins. The European Court of Human Rights (ECHR) has ordered the Kremlin to pay compensation to Nikolai Kavkazsky who was detained during a protest on the eve of Putin’s most recent inauguration.