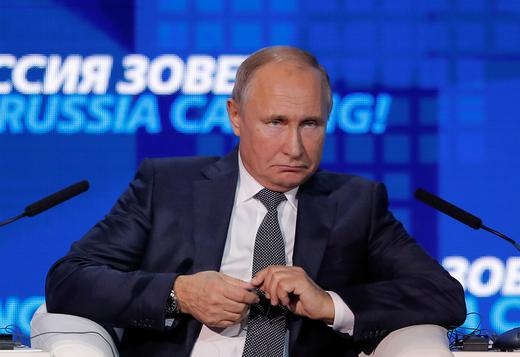 President Vladimir Putin and Rosneft head Igor Sechin welcomed participants this morning to a Russia-China Energy forum in Beijing, praising increasingly closer ties and an expanding range of mutual interests. Speaking at the VTB investment conference yesterday, Putin vowed to improve Russia’s business climate, and joked about Russia’s efforts to decrease its reliance on the US dollar. “The people who are making decisions aren’t shooting themselves in the foot, but somewhere a bit higher up,” he said, in reference to US sanctions that are making it difficult for Russia to make transactions in dollars. VTB bank head Andrei Kostin was upbeat about losing a battle with the Central Bank that will pave the way for new capital requirements that could cost his firm $2.2 billion next year. “There are worse things in life than Basel III, like prostate cancer,” he said. Startling new statistics revealing rising HIV numbers in Russia are caused by “stigma around homosexuality and drug use”, and put former Soviet Union countries at risk of epidemics, says the World Health Organisation.

Despite this week’s naval crisis with Ukraine, Germany says it remains committed to the Nord Stream 2 pipeline, which will transport Russian gas to Europe, bypassing Ukraine. Analysis by Chatham House sees Russia’s aggression in the Kerch Strait as part of a long game designed to weaken Ukraine’s economy, thereby keeping it “politically weak and divided”. President Vladimir Putin accused his Ukrainian counterpart of provoking the latest incident in an attempt to boost his popularity ratings and to provide a pretext for introducing martial law, and rejected a request for a phone meeting. Foreign Minister Sergei Lavrov is “sad” that the US is taking Ukraine’s side.

Alexei Navalny has unveiled “Smart Vote”, a new project to help opponents of United Russia wrest control back from the ruling party, which will make it easier to concentrate opposition votes around single candidates.