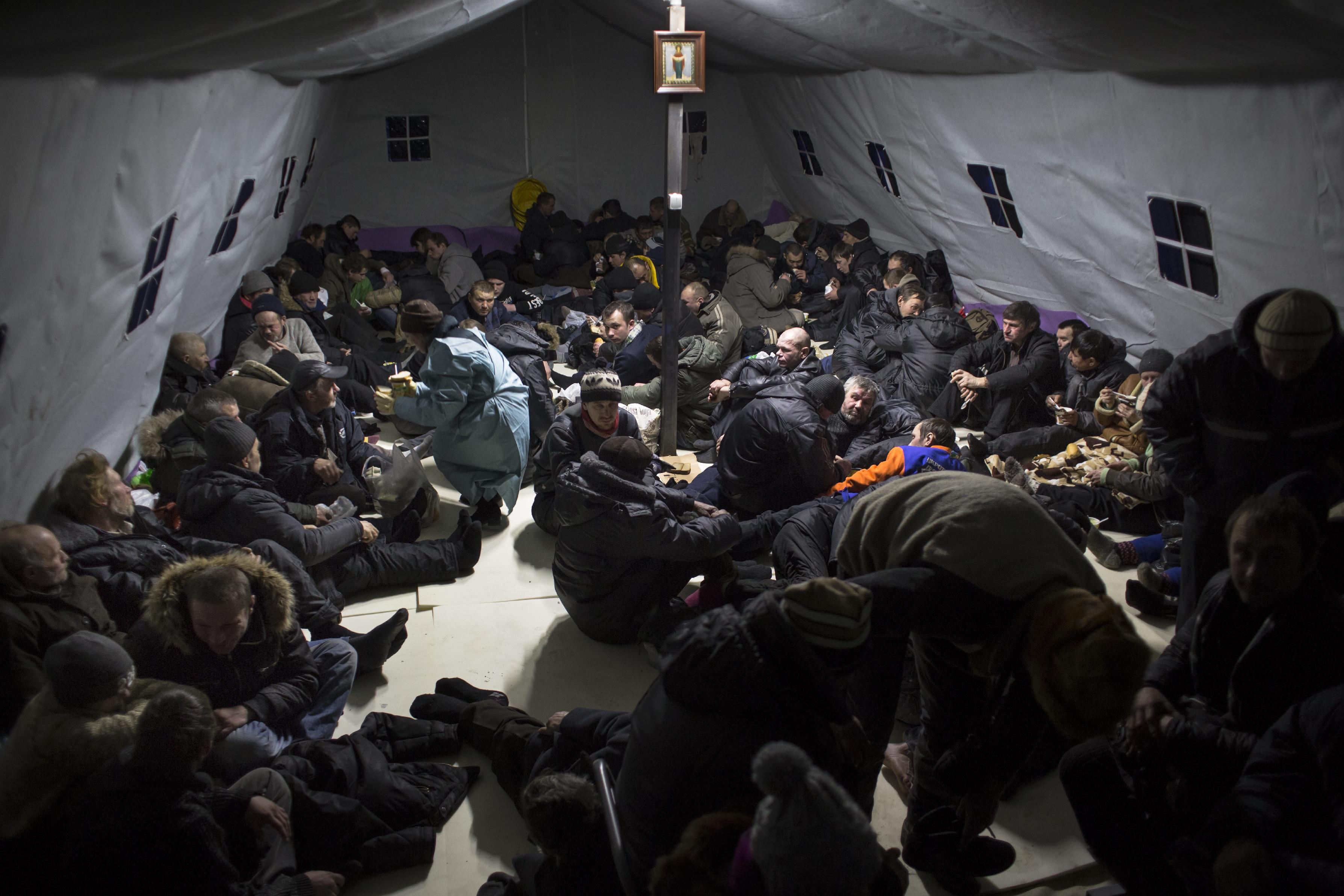 It appears that President Vladimir Putin did tell Kiev that planned loans would not be delivered until a new government has been formed in Ukraine, where its former president warned that the country is on the verge of civil war.  The E.U. blames a cocktail of blackmail and bribery from Moscow, says The Independent.  ‘If President Yanukovych is toppled, it will be an embarrassing sign that Russia is unable to shield its allies,’ says The Times.  Editors at the cable news channel TV Rain (aka Dozhd) say they fear imminent and politically-motivated closure – two providers have already ceased broadcasting it.  The director of Dozhd, which is ‘the country’s most prominent privately owned television outlet’ linked the move to the recent restructuring of RIA Novosti.  The ruble is skydiving to ‘historic lows’ http://en.ria.ru/russia/20140129/187029892/Russian-Ruble-Falls-to-Record-Low-as-Minister-Warns-of-Inflation.html in its steadiest decline since 2008 – and Moscow is going to let it.  Or, in Elvira Nabiullina’s words: “It’s not that the ruble is weakening, but the dollar and the euro are rising in price.” Meanwhile Anders Aslund blames over-privatisation for Russia’s economic stagnation, alleging that ‘half of the economy is controlled by state companies’.

The chief of the Olympic Games, Dmitry Chernyshenko, contradicted earlier comments by the head of the International Olympic Committee to say that protests during news conference would not be acceptable.  A majority (70%) of Russians are underwhelmed by the fast-approaching Olympics.  The U.K. government will boost its funding to Russia’s gay rights groups in support of what it calls ‘universal human rights’.  Happy twenty-fifth birthday to the human rights organisation Memorial, which was formed in 1989.

A philosophy lecturer at Moscow State University has been arrested on suspicion of extremism for re-posting online an article about regime change.  Gay Russian artist Alexander Kargaltsev has a message for Dasha Zhukova.