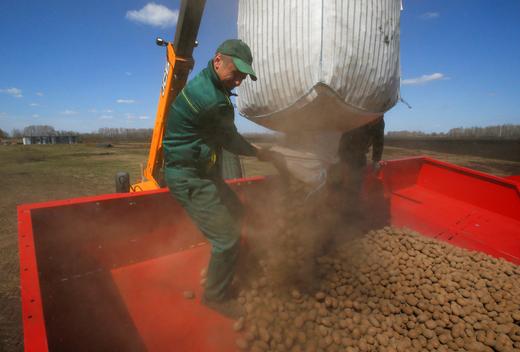 Russia’s controversial and widely denounced floating nuclear plant, dubbed “nuclear Titanic” by environmentalists who fear it is an accident waiting to happen, has set out on its first voyage. President Vladimir Putin told his South Korean counterpart that Russia is ready to facilitate cooperation between North and South Korea. En+ owner Oleg Deripaska offered to reduce his controlling stake to less than 50% and eventually resign from the company entirely in a bid to prevent new US sanctions from affecting it, but UK politicians want new regulations to prevent the flotation. The nationalization of Deripaska’s aluminium giant Rusal is not among the Kremlin’s possible rescue package measures. Surgutneftegas is Russia’s richest company with $44 billion in cash and bank deposits, and has not yet been affected by sanctions. Vladimir Putin reportedly met with the Russian Geographic Society over the weekend to urge map-makers to make new maps that more accurately reflect Russia’s “historical and geographical truth”. Forbes looks at Putin’s rule from the perspective of the word derzhavnost, meaning both having great power and being recognised as having it. Putin’s system is, the piece says, failing in its pursuit of this.

It seems Roskomnadzor is finally improving the tools that will allow it to block popular messaging app Telegram, an effort which caused mayhem on Russia’s internet last week. Telegram users in Europe have been warned by founder Pavel Durov that overheating of servers is affecting service. The Libertarian Party will hold a demonstration in central Moscow today in support of Telegram. Armenia’s Foreign Minister and some secret delegations have apparently had contact with the Kremlin, seemingly in contrast to Dmitry Peskov’s assertion last week that the revolution “is exclusively a domestic Armenian affair”. Following a meeting with State Duma deputies, the leader of the Armenian opposition insists that there is no conspiracy against Russia related to the country’s current domestic political process. New research found Russian Twitter accounts that lobbied in favour of the British Labour Party, its main opposition party, in last year’s elections.

Prime Minister Dmitry Medvedev is cautiously warning of an upcoming increase to the current retirement age to spur growth, but wants to do it without upsetting anyone or affecting the current pension system. Medvedev is keen on the idea to make it a criminal offence for Russians to observe US sanctions. The Foreign Ministry is accusing the UK of an information blackout regarding the Sergei Skripal poisoning.  Wildfires are destroying forestland in Siberia.