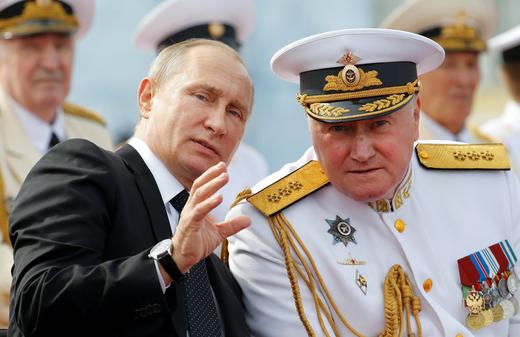 TODAY: Bank of Russia bail-out of Otkritie Bank one of its largest ever; economist Aleksashenko says staying away from Russia over fears of investigation; Putin may broadcast live country-wide message for children on first day of school; war games are purely defensive, Russia promises; Sakhalin island disappears from Yandex map.

The Bank of Russia has stepped in to save Otkritie Bank, a large private lender, from collapse, by becoming its “main investor”. Measures to improve financial stability for Otkritie were announced yesterday, and will last 6-8 months. The bail-out is one of the largest in the bank’s history. Russia will go ahead with the long-planned sale of a stake in shipping company Sovcomflot. Sergei Aleksashenko, a leading economist and former Central Bank official currently living abroad, says he is holding off on returning to Russia over concerns about an alleged criminal case against him and the potential dangers involved in traveling there as a result. He was also spooked by fake reports of his detention which appeared in the tabloid news, and says, “You know, if there’s a weapon on the stage, then it is guaranteed to be fired in the third act. If in relation to me the word combination ‘criminal investigation’ is being used, then clearly someone is considering it.” Vladimir Putin is apparently planning to broadcast a live lesson across Russia for children attending their first day of school (confirmed by “multiple sources” but not the Kremlin itself).

In a bid to reassure concerned neighbours, Russia says that its large-scale Zapad-2017 war games scheduled for next month are a rehearsal for a purely defensive scenario. Germany and Europe are concerned that US sanctions against Russia should not lead to a new “ice age” in relations. Russian oil industry sources say oil companies will find ways to work around the newer, tighter restrictions. The disputed Pacific island of Sakhalin partially disappeared from Yandex’s map service, a disappearance which coincided with North Korea’s firing of a ballistic missile over northern Japan. Yandex says the disappearance was due to a technical malfunction and will soon be remedied.

Gazprom took an 80% hit in net income for the second quarter, largely due to a stronger ruble. Rusal alleges that an investigation into its aluminium smelter in Ukraine is a means of attempting to politically pressure the company to drop its lawsuit against the Ukrainian government. The Ministry of Justice has issued a warning to one of the foundations belonging to Putin’s daughter, Katerina Tikhonova.