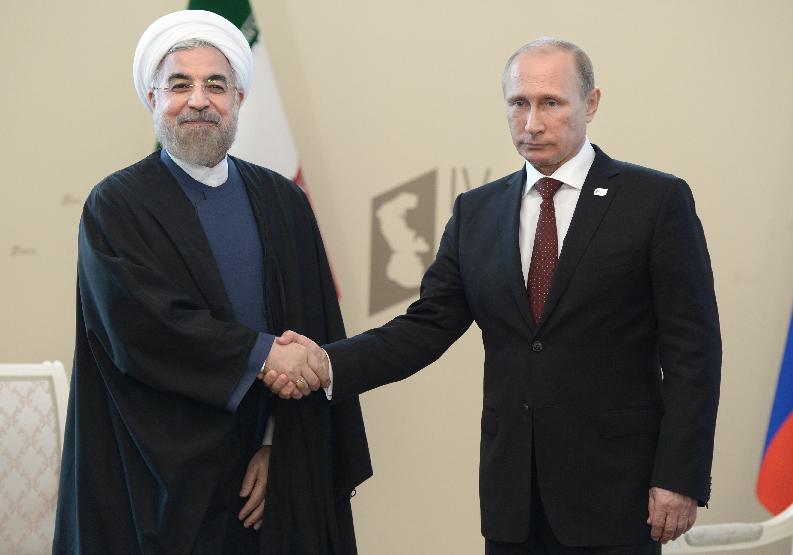 Iranian President Hassan Rouhani says Western sanctions against Moscow are ‘the wrong tool’, and vowed to provide Russia with whatever support it might need.  President Vladimir Putin met with his Azerbaijani counterpart yesterday and spoke of ‘friendly and trusting’ relations in ‘the most sensitive spheres’.  German Chancellor Angela Merkel voiced her support for current economic sanctions, and suggested that the E.U. rethink its energy relationship with Russia in the event of the latter’s ongoing ‘violation of principles’ of national sovereignty.  Germany’s ambassador to the U.S. says Putin’s actions in Ukraine have destroyed European trust in Russia.  Despite the ongoing ceasefire, 12 people – both troops and civilians – were killed in clashes in eastern Ukraine yesterday.  The Investigative Committee says it will launch a criminal case against the Ukrainian government for its ‘genocide’ of Russian-speakers in eastern Ukraine.  For its part, Ukraine’s Prosecutor General has opened criminal proceedings against a number of Investigative Committee officials.  Paddy Ashdown suggests that poor relations between Russia and the West are due to a ‘personal animus’ between presidents Putin and Obama: ‘If so, get over it.’

The Moscow Helsinki Group, a veteran human rights organisation which has been in action since Soviet times and is currently chaired by 87-year-old Lyudmila Alexeyeva, announced that it has ceased most of its operations due to funding issues and is now ‘simply surviving’. Alexeyeva blamed the group’s trials on the recent law requiring foreign-funded NGO’s to register as ‘foreign agents’.  27% of respondents to a new poll by the Public Opinion Foundation think Russia’s most democratic period is the current one, under Putin.  The City of Moscow is now building and selling residential real estate, using a state enterprise for construction.  With public institutions ‘defunct’, the investment climate ‘dismal’, and the state leaching off of private business, the only thing to do is ‘rebuild the country from scratch’, says the Moscow Times.  The ruble has fallen to a new record low against the dollar.  A presidential aide blamed ‘some frenzy’.

Rosneft CEO Igor Sechin says sanctions will not stop Russia from searching for oil in the Arctic, but ExxonMobil has indicated that it will comply with the U.S. government after it completes work on their current joint well.  Moldova may have a tough time reducing dependence on Russia’s natural gas, says RFE/RL.