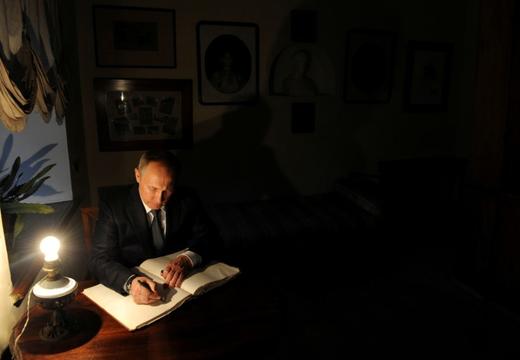 The Kremlin says it has no intention of steering course in Syria, dismissing US calls for temperance.  The US State Department is warning that Russia risks becoming enmeshed in Syria for the foreseeable future if the civil war continues; the New York Times says Putin is turning Russia into ‘an outlaw nation’.  Russia’s Foreign Ministry is accusing the Pentagon of nurturing an aggressive nuclear strategy that puts Russia under threat, interpreting recent comments by Ash Carter as an intention to lower the threshold for using nuclear weapons.  Oleg Kashin argues that the invasion of Ukraine was the turning point in Russia’s foreign policy, and that western leaders must address the Ukrainian crisis if they want to make any headway on Syria.  German Chancellor Angela Merkel spoke with President Vladimir Putin about both Ukraine and Syria, urging him to address the ‘catastrophic humanitarian situation’ in the latter, and discussing a very shaky ceasefire in the former.

Oil giant Rosneft is suing the RBC news outlet for almost $50 million in libel damages.  Analysts see no risks to Russia’s oil production in OPEC’s oil production limits, and may in fact allow Russia to increase yearly output even further; indeed, it is under debate whether the OPEC plan will affect prices at all, given that non-member states are keeping production levels where they are.  Energy Minister Alexander Novak says this is certainly the case for Russia.  Mikhail Khodorkovsky, the former head of oil giant Yukos, is funding online media startups through his pro-democracy group, Open Russia, in a bid to support communication ‘that considers itself independent from the government’s support’.  According to an economist cited by Kremlin-backed news organ Sputnik, the lifting of Western anti-Russia sanctions would be counterproductive for the Russian economy, because they are improving competition with European imports. ‘We would like the sanctions to continue for another five years.’  Kremlin spokesman Dmitry Peskov says intelligence services in Russia are constantly engaged in anti-terrorism activities.

The Soviet Union was the first state in the world to legalise abortion, but the practice is coming under new attack in Russia, backed by the Orthodox Church which is seeking a ban on the service.  At the same time, a possible withdrawal of support for the controversial service of baby boxes could lead to an increased number of abandoned infants.  The BBC reports on Russia’s plan to give citizens a free hectare of land in the Far East in a bid to spur small-business development; so far only 8 applications (out of 880) have succeeded.