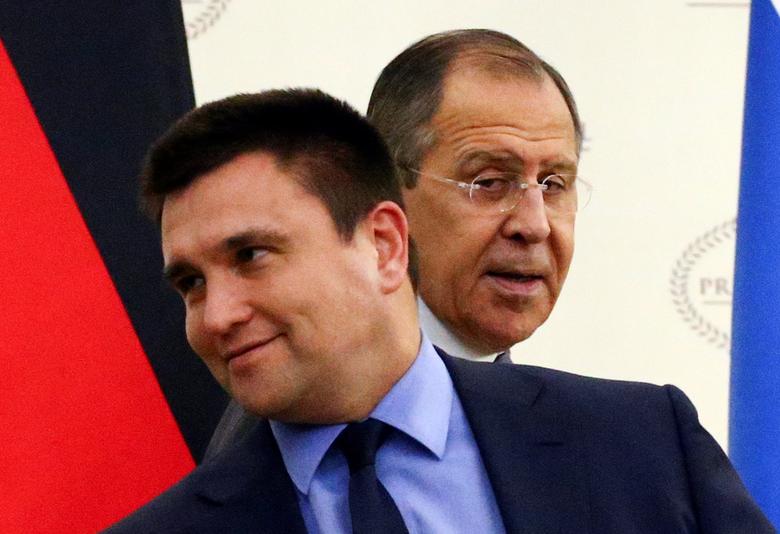 European leaders are apparently warning President Vladimir Putin privately that Russia may be liable for the (projected $180 billion) costs of rebuilding Syria. ‘What Russia breaks is what Moscow will have to fix.’  The head of Germany’s foreign intelligence service believes that Russian hackers peddling disinformation could succeed in undermining the democratic process. ‘We have evidence of cyber attacks that have no other purpose than triggering political uncertainty,’ he said.  The latest talks on the Ukraine conflict have ended without any breakthroughs; the German Foreign Minister maintains that if the Minsk Agreement were fully implemented, anti-Russia sanctions would be lifted. The French orient minister says sanctions cannot be lifted until progress has been made, as it would ‘weaken the objective of resolving this conflict’.  Foreign Minister Sergei Lavrov blames the failed talks on the group’s collective inability to agree on a roadmap.  The Ukrainian Defence Ministry estimates that Russia still has at least 5,000 troops on its territory, not counting Crimea.  In general, more Russians are now in support of better ties with the West than in 2015, with a majority believing that Russia has reason to fear NATO, according to new polls from the Levada Center.

The deadline is set for Rosneft to submit a proposal for its privatisation by December 1 – the company is expected to buy back a 19.5% stake in Rosneftegaz from the Kremlin, which it will then resell in the first quarter of next year.  Alexei Ulyukayev, the former Economy Minister now under house arrest, had been pushing, prior to his detention, for the state to give up control over Rosneft.  Russia is no longer the world’s leading launcher of space rockets, having fallen behind China and the US.  Bulgaria is approaching the end of its reliance on Russian natural gas.

Russia registered its millionth HIV-positive citizen at the beginning of this year, and its rate of HIV infection is on the rise, spreading beyond traditional high-risk groups; 45% of overall infections in 2015 were through heterosexual interactions.  The Orthodox Church in Tatarstan believes that dinosaurs walked the earth as recently as 2,000 years ago.