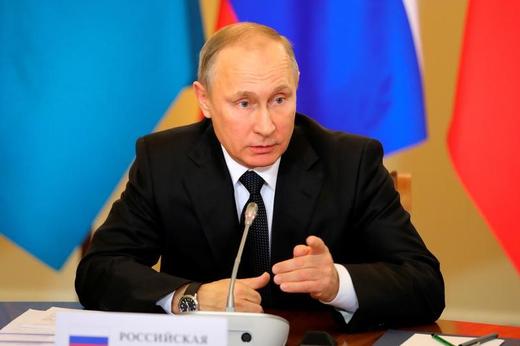 TODAY: Russia closes Anglo-American school in retaliation after Obama reveals extended anti-Russia sanctions as punishment for election hacking; Putin’s internet adviser suggests Russian web could cut itself off from the world; ruble outperforms its rivals and climbs against the US dollar; 30 days required to determine caused of Syria jet crash.

U.S. President Barack Obama announced sanctions against the GRU and FSB, Russia’s two main intelligence agencies, the expulsion of 35 Russians, and the closure of two U.S.-based Russian compounds, as a responsive measure to punish Russia for its alleged hacking of the U.S. presidential elections this fall. (The F.B.I has released further analysis of these allegations.) The Foreign Ministry says new sanctions will harm the restoration of ties with the U.S.; Kremlin spokesman Dmitry Peskov says President Vladimir Putin will order appropriate retaliatory measures.  Russian authorities have already ordered the closure of the Anglo-American School of Moscow, which serves the children of embassy personnel.  Several reports noted that it would be easy for Donald Trump to reverse Obama’s executive order and nullify the measures (although it would be ‘inadvisable’, according to a U.S. official); the CEO of the Russian Direct Investment fund believes that sanctions will at very least be scaled down next year.

President Vladimir Putin’s Internet adviser suggests that the entirety of Russia could be disconnected from the global Internet if need be, in order to protect ‘critical infrastructure’; a prominent Internet authority argues that the would be impossible unless Russia were also to ban electricity.  The ruble has been the only major global currency to appreciate against the dollar since the end of September, and has outperformed its rivals.  RFE/RL recalls the stories of Sergei Ivanov and Viktor Ivanov, two of Putin’s former close associates who were given the boot this year – signaling big changes afoot for the governance of the country.  Putin has signed a new law banning state officials from owning foreign-registered assets and securities through third parties.

A new ceasefire has come into effect in Syria. Russia says it will not know the cause of the military plane crash for another 30 days, and have un-ruled out terror as a cause.