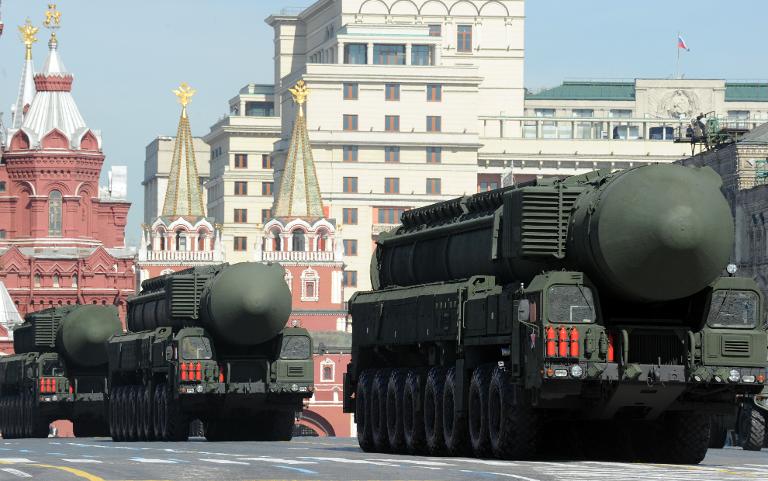 Two further cable providers have stopped broadcasting independent news channel Dozhd, and prosecutors were investigating it on possible charges of extremism after the station asked viewers for their opinions about whether or not the Soviet city of Leningrad should have been surrendered during World War II.  In a letter to the broadcaster, state watchdog Roskomnadzor criticised the poll, saying, ‘Questions or statements of this kind might be taken as an insult to WWII veterans and the survivors of the Leningrad blockade.’  The BBC documents some of the initial public criticisms that were leveled against Dozhd online, including a comment from a United Russia MP who argued that the poll constituted an attempt to ‘rehabilitate Nazism’.  The U.S. government says Russia may have violated its nuclear arms control treaty after testing a new cruise missile, and is conducting a compliance review.  Exceptionally high premature death rates amongst Russian men (in their early fifties) are being blamed on vodka consumption.

Russia’s new ‘gay propaganda’ law has been implemented against the media for the first time; the editor of the Molodoi Dalnevostochnik newspaper was fined $1,400 after running a story about a schoolteacher who allegedly was fired for being gay.  Over 50 Olympians are calling on Russia to reconsider its anti-gay laws before the Games begin, and criticised the International Olympic Committee for not doing enough to pressure Vladimir Putin’s government to comply.  Biathlete Irina Starykh withdrew from the Sochi Games after testing positive for a banned substance.

The ruble took a pummelling this week, falling 6% against the dollar and hitting an all-time low against the euro.  The central bank says it will make ‘unlimited’ interventions to keep its currency afloat.  Rostelecom plans to sell a 12% stake, worth almost $1 billion, to VTB banking group, in order to fund a share buyback that will remove shareholders that do not support its joint venture plans with Tele2 Russia.

PHOTO: A column of Russia’s Topol intercontinental ballistic missile launchers rolls at the Red Square in Moscow, on May 9, 2013 (AFP Photo/Yuri Kadobnov)