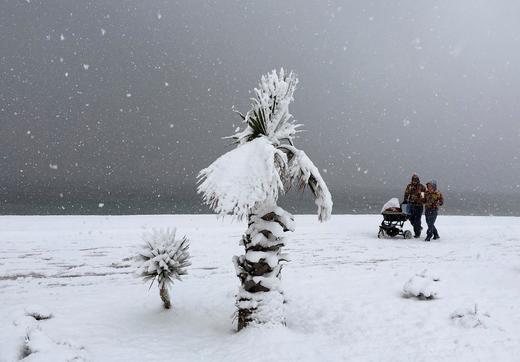 Russia is building nuclear icebreakers in the Arctic and reopening abandoned Soviet military, air and radar bases there, in part of what commentators say is a push to claim half a million square miles of Arctic territory.  The Kremlin will not comment on U.S. President Donald Trump’s decision to ban entry for legal residents from predominantly Muslim countries, with spokesman Dmitry Peskov simply saying ‘It is not our business.’  Newsweek says Vladimir Putin’s silence is likely related to his need to keep good relations with all of Russia’s Muslim allies, inside and outside of the country.  In any case, the Foreign Ministry was pleased at the lack of mention of human rights (‘moralising’) during the weekend’s telephone call between Trump and Putin.  Chief Kremlin propagandist Dmitry Kiselyov described the call as one of the most anticipated global events in recent history, and seemed especially pleased that Trump’s chief of staff is an Orthodox Christian.  This piece alleges that the #Calexit campaign to break California off from the rest of the United States has ties with an ‘anti-globalist’ group from Russia that is funded by the Kremlin and whose leader is now partly based there (and denies receiving any Russian backing).

NatWest bank has reversed its decision from last October to close the bank accounts of Kremlin-backed news channel RT, after both sides came to a resolution.  Some say that the removal of anti-Russian sanctions would actually be damaging to many in Russia who have benefited from their implementation, although it would give a boost to the oil and gas industry.  It is the ruble that seems likely to gain the most from eased sanctions, says Bloomberg.  Russian businesses in Venezuela are apparently carting billions worth of currency to Russia for trade on the currency black market.

Deutsche Bank will pay $425 million to the banking regulator in New York over a ‘mirror trading’ scheme that moved $10 billion out of Russia between 2011 and 2015.  The International Paralympic Committee (IPC) wants to ban Russian athletes from participating in the 2018 Winter Paralympic qualifiers in South Korea.

PHOTO: A couple walks with a pram along an embankment under a heavy snow fall in Sochi, Russia, January 30, 2017. (REUTERS/Kazbek Basayev)