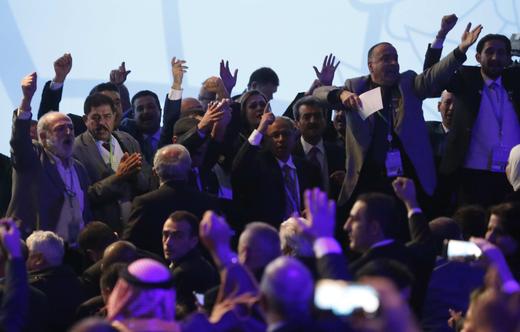 An outraged Russia has responded to the US Treasury’s list of 210 people, which names all members of the Russian government, including the children’s rights ombudsman, and the CEOs of various state corporations and banks including Sberbank and Rosneft, but which carries no consequences for those named. Russia doesn’t care about the list, said Prime Minister Dmitry Medvedev, (stocks and the ruble were similarly unaffected) but that didn’t stop nearly everyone from commenting on it. Journalists and politicians mocked the list on Twitter, with one joking that the looked like a copy of the Kremlin telephone directory. (Indeed, it was apparently copied from last year’s Forbes list.) President Vladimir Putin, who is not on the list, says it will worsen relations, and asked why Russia should help with the North Korean peace process or the START treaty if it has been blacklisted in this way. (Click here for video of his comments.) The founder of Kaspersky Lab says his inclusion in the list’s “oligarch” section is baffling, because he does not have political connections or influence anywhere. “It is a vicious idea to label any successful businessman from the Forbes List as an oligarch,” he said. Foreign Minister Sergei Lavrov quipped that it took the US Treasury an absurd amount of time to essentially compile a list of government members. “They could have done it much, much faster.” But the key point about the new list is that the Trump administration has in fact failed to fulfill a congressional mandate to punish Russia with new sanctions. Sergey Naryshkin, the head of Russia’s Foreign Intelligence Service, already under sanction and featured on the new list was, in any case, in Washington last week. “Politics is politics, but work is work.”

Two of opposition leader Alexei Navalny’s allies were detained at Moscow airport and accused of inciting unlawful gatherings. The European Court of Human Rights has ruled that Russia violated the rights of the three men it jailed in connection with the 2012 Bolotnaya Square protest in Moscow. Delegates at the Syria peace talks in Sochi heckled Sergei Lavrov yesterday, accusing Russia of killing civilians with air strikes. Two Russian men whose marriage was accidentally recognised by an official last week, have been forced to leave the country due to the resultant police pressure. Vladimir Putin spoke on his election pitch yesterday; the FT says he was “short on concrete policy proposals”.

As part of its plans to scale down its Russia presence, the European Bank for Reconstruction and Development has just sold its 11% stake in Rosevrobank to Sovcombank. Sberbank will begin trading cryptocurrencies outside of Russia. Moody’s may upgrade Russia’s sovereign rating this year.

PHOTO: Participants react as they attend a session of the Syrian Congress of National Dialogue in the Black Sea resort of Sochi, Russia, January 30, 2018. (SERGEI KARPUKHIN / Reuters)