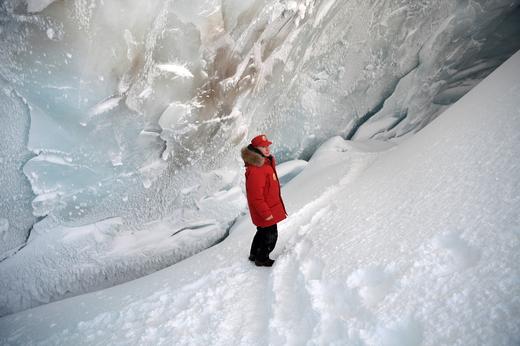 TODAY: Putin speaks out on protests, sanctions, and LNG during Arctic visit; Moscow court upholds Navalny’s 15-day sentence, his lawyer will take the case to the ECHR; NATO-Russia Council holds first meeting of the year; Russia to team up with Norway on Arctic clean-up; censorship of Russian artists is mostly done by artists themselves?

President Vladimir Putin had a lot to say during his trip to the Arctic, on which he was accompanied by Prime Minister Dmitry Medvedev. Most dramatically, he compared last weekend’s anti-corruption protests to the 2011 Arab Spring and the 2014 Ukrainian revolution. He made a thinly-veiled swipe at Alexei Navalny for using the struggle against corruption “for narrow, selfish political aims”. He dismissed all allegations of Russian aggression as “talk to feed the poor”, slammed anti-Russia sanctions as damaging to Europe and the US, and said that Russia has many friends in the US, which will ensure that relations recover at some point. (But of course, says the FT: “Today, behind every great Russian fortune there is a great friendship with the Kremlin,” and, it adds, Western politicians have been taking Russian money with impunity for years.) He also laid out Russia’s aim to become the world’s top producer of LNG, in advance of the launch of the Yamal project, together with France and China, later this year. Putin has postponed his annual live question-and-answer session, ostensibly due to a “tight schedule”. How valid is the claim that the Kremlin is able to successfully manipulate foreign elections?

The Moscow City Court has upheld the 15-day administrative sentence against anti-corruption activist and protest organiser Alexei Navalny for taking part in last weekend’s demonstrations. Navalny says he was simply walking along the pavement when he was grabbed; the judge said his sentence “matches the seriousness of the wrongdoing”. Navalny’s lawyer says she will be appealing the verdict in the European Court of Human Rights, and expects a 100% positive result.  Leonid Ragozin interviewed Navalny for Bloomberg earlier this month about what he would do if he were President; his main aim is to use public funds for improving life for the poor and rescuing rural areas from decline. The first NATO-Russia Council session of the year was held in Brussels yesterday, highlighting ongoing disagreements over Ukraine.

Russia  is planning to team up with Norway for a joint effort to clean up all nuclear waste from the Arctic by 2020. This piece reports on how Russia is currently using the Northern Sea Route mainly for domestic goods. Russia’s censorship of its artists is not as clear-cut as you might think, argues Natalia Antonova. If you need an overview of the never-ending story that is Trump and Russia, the Economist is your guy.