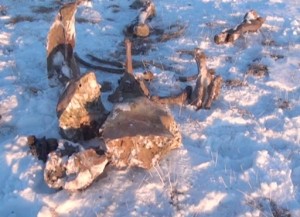 The news that liberal economist Sergei Guriev left Russia after being questioned over the Mikhail Khodorkovsky case has sparked speculation that a new case could be opened against the jailed former Yukos head.  The head of the Presidential Human Rights Council says that Guriev did not do anything illegal with respect to his research into the Khodorkovsky case, and that he had been working towards conducting ‘a public and scientific examination’.  Nonetheless, Guriev says he will not return to Russia in the ‘forseeable future’, citing pressure from investigators and a demand that he submit five years’ worth of personal documents and private emails. ‘I have not done anything wrong and do not want to live in fear.’  Guriev’s fleeing  to France has sparked fears of a brain drain: ‘It’s an increasingly popular topic of conversation among the relatively well-off, whether to emigrate or simply make sure the children get an education abroad.’  Anders Aslund says that the political pressure on Guriev, ‘an eminent representative of the liberal wing of the establishment’ who is not politically active, indicates that no one is safe.  A group of acacemic economists have written a public letter saying that the new law that could force their research centers to register as ‘foreign agents’ is likely to damage the economy.  The Levada Center says it will not accept any more foreign grants until its status has been secured, as ‘foreign agent’ status would almost certainly force it to close, says its head Lev Gudkov.  The Washington Post recalls the fate of formerly independent pollster VTsIOM.  President Vladimir Putin has chosen Economy Minister Andrei Belousov as his chief economic adviser.

Foreign Minister Sergei Lavrov has aggressively spoken out against the ‘conniv[ing]’ Syrian National Coalition, who oppose the regime of President Bashar al-Assad, who, he says, are disrupting the peace process and ‘trying to induce foreign intervention in Syria by all means’.  Contradicting numerous reports made earlier this week, there is now some confusion as to whether or not an S-300 Russian missile system was delivered to the Syrian government, with a high-level official denying reports that Assad had confirmed a delivery.  Moscow wants Tehran to withdraw the lawsuit it filed against arms exporter Rosboronexport over a canceled deal to supply Iran with the S-300 system.

FSB officials believe that foreign terrorists are operating from within Russia’s illegal migrant population.  A former British minister has joined the board of Sistema, which is reportedly linked with organised crime gangs.  The .su internet suffix assigned to the USSR in 1990 is apparently a thriving hacker hideout.

PHOTO: In this image made available on Thursday, May 30, 2013 a mammoth carcass lies in snow on the Arctic Lyakhovsky Island, Russia. Russian researchers say they have discovered a perfectly preserved woolly mammoth carcass with liquid blood on a remote Arctic island, fueling hopes of cloning the Ice Age animal. (AP Photo/Rossiya Television, AP Video)