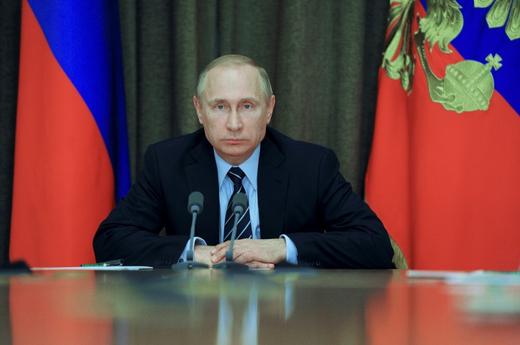 Former Finance Minister Alexei Kudrin is urging President Vladimir Putin to reduce geopolitical tensions and integrate with international supply chains in order to help the Russian economy recover.  German Foreign Minister Frank-Walter Steinmeier, who has been speaking out against anti-Russia sanctions recently, says the West is not really interested in an economically weak Russia.  Russia is seeking to reassure foreign investors about buying its Eurobonds through the National Settlement Depository via its ties with global clearing banks Euroclear and Clearstream.  Russia is planning to spend $16.7 billion on military manufacturing between now and 2020.  The Central Election Commission has ruled that the recent Democratic Coalition’s primaries are void, after the website was attacked by hackers, leaking voters’ personal data.  The Kremlin has rejected the creation of a working group that would mend relations with Turkey, arguing that the solution lies with Turkey changing its actions.  The Turkish President just accused Russia of providing weaponry and rockets to the militant Kurdistan Workers Party.

Veteran human rights activist Lyudmila Alexeyeva is in Berlin this week, where she said she believes that Russia has a democratic future. ‘As bad as the human rights situation might be currently, it’s still better than during the Soviet era, when we had no rights at all.’  But the new results of a three-year research project in Norway suggests that nationalism has been growing since the fall of the Soviet Union, and could eventually provoke separatism.  The European Court of Human Rights will hear the case of Alexander Sokolov, a former Russian journalist arrested for extremism.  China’s National Petroleum Corporation may increase its stake in Rosneft when it comes up for privatisation.  Russia will not attend the upcoming OPEC summit because ‘no one invited us’.

Finnish journalist Jessikka Aro discusses the ruinous actions of the Russian ‘troll army’.  Performance artist Pyotr Pavlensky is appealing the St. Petersburg sentence that did not send him to jail.