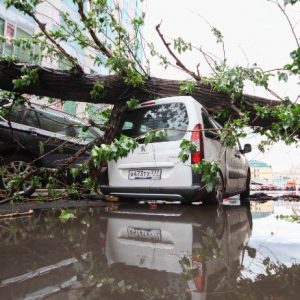 U.S. Senator John McCain has described President Putin as a bigger threat to global security than the Islamic State extremist organisation, demanding more sanctions against Russia for its alleged interference in the U.S. presidential elections.  The comment has caused outrage, but it is enough to prompt the Guardian to wonder, ‘is he right?’  Putin maintains that the Democrats invented the ‘fiction’ of Russian interference as they ‘hate to acknowledge that they indeed lost’.  Trump Organisation lawyer Michael Cohen has now received requests for information about any contact he had with the Kremlin from the two congressional panels investigating the alleged political meddling.  Having initially refused, former national security adviser Michael Flynn has agreed he will provide documents to the Senate intelligence committee as part of this investigation.  Russia and Saudi Arabia seem to be continuing their uncharacteristic love-in, with Putin pouring lavish praise on Deputy Crown Prince Mohammed bin Salman, who is responsible for defense and energy, as he welcomed him on a visit to the Kremlin.  ‘Besides invention’, Bloomberg explains, ‘necessity is the mother of bromance.  At least when it comes to oil, that is’.

French President Emmanuel Macron has unwittingly provoked an extraordinary Twitter battle after taking Vladimir Putin to an exhibition about Peter the Great.  The short version is it involves Russia, Ukraine, Anna of Kiev/Russia and the Simpsons: get the full story here.  This was not the purpose of Macron’s tour, rather it was, Brian Whitmore argues, to show that, ‘You, Mr. Putin, are no Peter the Great’.  Sergey Razov, Moscow’s ambassador in Rome, is using Trump’s lack of interest in Italy to forge strong partnerships there and secure an ally in Europe, says the New York Times.   A Czech court has ruled that a Russian computer hacking suspect at the heart of a tug-of-war between the United States and Russia can be extradited to either country.

The death toll from a major storm that hit Moscow at the start of the week has risen to 15, amid complaints from Muscovites that the Emergency Services failed to provide adequate warning.  A Moscow court has begun hearings in the case of a defamation lawsuit filed by Putin ally and billionaire Alisher Usmanov against anticorruption activist Aleksei Navalny, who has accused the former of gifting a mansion to Prime Minister Medvedev, avoiding taxes, and being convicted of rape in the Soviet era.  Usmanov is seeking a retraction and apology rather than compensation.  Navalny, who intends to run in the presidential elections next year, has reportedly found his campaign tour thwarted by obstructions from local authorities in almost every city he visits.  President Putin, who has pledged to do everything to ensure the election campaign is run strictly in accordance with the law, says it is still too early to talk about the candidates.  The Justice Ministry has announced that it disagrees with the conclusions made by the European Court of Human Rights on the alleged violations committed during the 2011 parliamentary elections in Russia.

PHOTO: Thousands of trees were knocked down by a storm in Moscow on May 29, 2017, which claimed the lives of 15 citizens. (CNN)