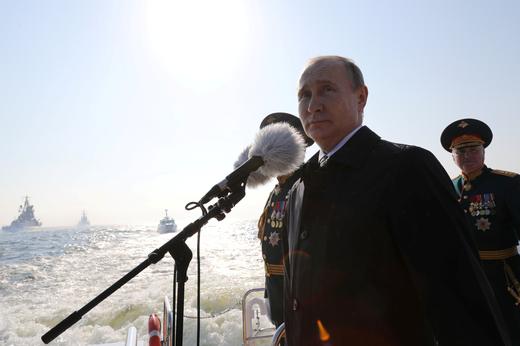 Nika Nikulshina, Olya Kurachyova and Olya Pakhtusova, the women from activist group Pussy Riot who stormed the pitch during the World Cup final in Moscow, were re-arrested yesterday, just as they were released from their initial detainment. “Right at the exit of the detention center, they accused us of breaking the 20.2 law. They did not say anything. They just put us in a van and drove us away,” Pakhtusova tweeted. It is unclear how long they will be detained this time, or what the new charges were – it is suggested that they will be kept in overnight, or for up to a further ten days. Pyotr Verzilov, the creator of the art group Voina, was also detained. Ukraine took a significant hit in its legal dispute against Russia after the World Trade Organisation struck out many of its arguments regarding Russia’s refusal to import Ukrainian railway equipment. Russia’s Supreme Court has baffled lawyers by rejecting a settlement agreement in the HSBC-Hermitage Fund case. Steelmaker MMK has postponed the launch of a big Turkish product due to uncertainty caused by global trade wars.

The Pentagon is working on a “do not buy” list of software vendors that will block products that have “Russian or Chinese provenance”. Prime Minister Dmitry Medvedev announced that the most difficult stage of Crimea’s economic integration into Russia is complete, and that the task is now to totally recreate living standards. Estonia is apparently working on cyber-technology that will allow it to get Russia back for allegedly targeting it with cyber-warfare. Sistema has raised a $239 million loan from Otkritie Bank to repay a separate loan financed earlier this year by Gazprombank.

The Russian battle tank praised by Vladimir Putin may prove too expensive for the military.