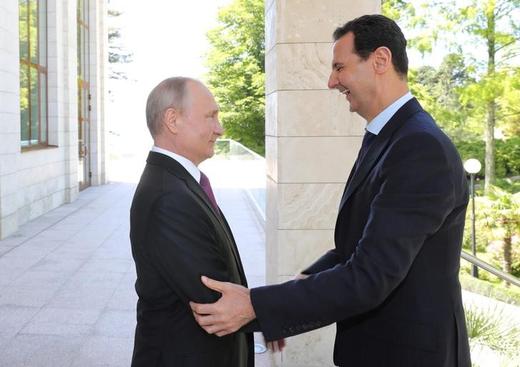 Russian and Syrian officials held a closed-door meeting yesterday, emerging to signal an upcoming all-out offensive on Idlib, provoking fears of a major humanitarian crisis. The United Nations is calling on Russia, Iran and Turkey to forestall the attacks, fearing the use of chemical weapons. Russia is blocking the publication of a United Nations report that finds North Korea in violation of UN sanctions, partly through illegal transfers of oil involving Russian ships. French President Emmanuel Macron is calling on the European Union to modernise its Russia ties and focus on long-term strength and stability. Lukoil has begun its $3 billion share buyback program, part of energy industry measures to reassure investors. Russia’s oil giants are seeing booming profits, seemingly immune to a weaker ruble and lower taxes. According to the Anti-Corruption Fund, the mother of Russia’s Pension Fund director Anton Drozdov owns a country home outside Moscow worth $5.9 million, a gift from Drozdov’s wife that allowed him to keep the property off of his assets declaration.

Former Yukos head Mikhail Khodorkovsky announced that he will no longer fund the investigative news site TsUR, after three journalists on assignment for the publication were murdered in the Central African Republic whilst investigating the private military group Wagner. Russia is continuing to search for a way to block messaging app Telegram, after failing to shut it down completely without affecting other traffic. Declassified documents show transcripts of Boris Yeltsin discussing his successor, Vladimir Putin, with then-US President Bill Clinton. It is thought that Viktor Medvedchuck, a close friend of Vladimir Putin and known as the Prince of Darkness in Ukraine, may become the leader of Ukraine’s pro-Russian minority.