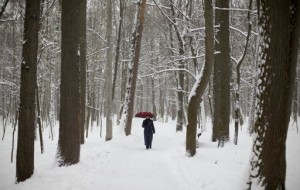 A Moscow City Court has declared that Pussy Riot’s ‘punk prayer’ music and political protest video is ‘extremist’, which means that media outlets can be closed for broadcasting it – YouTube in Russia, for example, will have to remove it from their servers. ‘The judge did not watch any of the videos.’  Charges of tax evasion have been posthumously filed against anticorruption lawyer Sergei Magnitsky, who died in pretrial detention in 2009, and his Britain-based former client, William Browder.  Alexander Perepilichnyy, the Russian businessman and former informant to Magnitsky, the cause of whose death has still not been determined, tried to ‘make peace’ with the officials he had accused of money laundering, according to The Independent.  Perepilichnyy had apparently been warned last year that his name was on a criminal gang’s hit list, and was thought to have had links to criminal gangs before moving to London.  Mary Dejevsky applauds the Magnitsky List, saying it is ‘just what [Britain] need[s].’

In the wake of this week’s prison strike at Kopeysk prison drawing attention to the maltreatment of inmates, a video of a prisoner being beaten up by guards in Rostov-on-Don has gone viral.  More than 200 law enforcement officials helped to uncover a fraud syndicate in St. Petersburg thought to have cost the state $100 million.  Milan is suspending relations with St. Petersburg until the latter’s new anti-gay laws have been revoked, calling the law ‘an unacceptable wound to the Russian cultural capital’.  Airplane tickets in Russia are cheaper than train tickets, meaning that Russian Railways is lagging behind the aviation industry.  Slowing of production at refineries could force Russia to import its gasoline from Belarus.  Alisher Usmanov reportedly did not gain financially from MegaFon’s IPO, content instead to ‘increase his control over technology companies’.

President Vladimir Putin says he is ready to revive plans to create a state corporation that will drive development in the Far East.