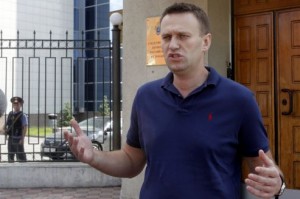 It was reported yesterday that anti-corruption blogger and serial Kremlin-irker Alexei Navalny has been elected to the board of Russia’s flagship airline, Aeroflot.  Around 15% of Aeroflot is owned by liberal-minded businessman Alexander Lebedev, who has made no secret of his support for Navalny’s work.  As a board member, Navalny will have an opportunity to attempt to increase transparency and corporate governance, two of the aims he sought to achieve by his graft-fighting site Rospil.info.  The FT’s Beyond Brics blog considers why the state, which owns 51% of the airline, did not oppose his nomination:

None of this need offend president Vladimir Putin, who last week repeated his pledges to fight corruption and promote transparency at the St Petersburg Economic Forum, Russia’s premier business gathering.

Indeed, it could be a useful way of highlighting his administration’s stated determination to clean up Russian business, without risking much damage to those companies with the closest ties with the highest levels of the political elite – the state-controlled oil and gas producers.

By Russian standards, Aeroflot is regarded as a well-managed company, fairly far removed from its Soviet origins.  Lebedev is himself a proponent of transparency and a constant pain for the Kremlin. He controls Novaya Gazeta, one of the few Moscow papers to carry out serious investigative journalism,  as well as the Independent and Evening Standard newspapers in London.

So the chances that Navalny will bring great change to Aeroflot are probably limited. The bigger danger, from the Kremlin’s point of view, is that his boardroom appointment will serve as a platform and increase his legitimacy among Russia’s middle classes.