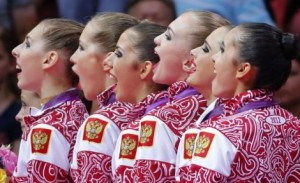 Deputy Prime Minister Vladislav Surkov, widely considered the architect of Putin’s power vertical, has been reappointed as chief of religious affairs issues in Prime Minister Dmitry Medvedev’s cabinet.  On the weekend, dozens of protesters gathered at the statue of Kazakh poet Abay Qunanbayuli, the home of the former “Occupy Abay” protest camp, to celebrate his birthday.  One member of the crowd who voiced support for Pussy Riot was arrested.  The feminist punks, who now have another supporter in the form of singer Bjork, have been nominated for the prestigious Kandinsky Prize.  St. Petersburg deputy Vladimir Milonov has urged that pop singer Madonna be punished for breaking the anti ‘gay propaganda’ law at her concert in the city.  Twenty-five activists from Moscow plan to keep the spirit of protest alive in the provinces with a 3,000 km ‘White Rally,’ a drive to discuss politics with locals activists.

RFE/RL has a video report on the difficulties residents of flood-striken Krymsk have encountered in trying to secure aid and compensation.  Marking the 100th anniversary of the Russian Air Force, President Putin has pledged to give the military 600 new warplanes and 1,000 combat helicopters by 2020.  This article considers how little foreign investors are attracted by the privatisation of ‘mismanaged’ state-run companies.  In the second quarter, Russia’s economic expansion dwindled to the slowest pace in a year as a result of weaker growth in China and the financial problems in Europe meaning reduced demand for commodities exports.

State prosecutors in northern Russia have filed an appeal against a court ruling to reduce the sentence of Platon Lebedev, the business partner of Yukos founder Mikhail Khodorkovsky.  Police have carried out a raid on the newsroom of major online news website Regnum.ru at an apparent request by Latvia, who accused the website’s founder of endangering the Baltic nation’s security.

PHOTO: Members of the Russian team singing the national anthem as they celebrate their gold medal in rhythmic gymnastics Sunday, August 12, 2012, in London. (Mike Blake / Reuters)