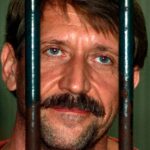 At a session of the Public Chamber, publisher Moskovsky Komsomolets has found that that over the course of this year, more than 150 journalists have been beaten, maimed or threatened and that in most cases the perpetrators escape unpunished.  Khimki activist Yevgenia Chirikova has given her verdict on the news that one such journalist, Mikhail Beketov, is to be given a press award by Vladimir Putin: ‘The man bestowing this prize [Putin] is one of the creators of a system in which an activist can be smashed over the head and end up an invalid for the rest of his life‘.  NTV has been accused of a second act of censorship this week, by pulling an episode of a talk show in which socialite Ksenia Sobchak accuses a senior government official of corruption.  Law enforcement agents in Moscow have denied that they had detained a six-year-old boy during an ‘Elections Without Opposition Is a Crime’ rally in Triumfalnaya Square.  The detention of nationalist leader Dmirty Dyomushkin ahead of Friday’s Russian march illustrates ‘the degree to which the ruling elite is becoming increasingly spooked by the nationalist monster they helped nurture’ says RFE/RL.  Dyomushkin told RFE/RL that he was urged by police to avoid any provocations during the march, which apparently up to 20,000 people may attend.  The Moscow Times reports on another professed attendee of the march, actor-priest and creator of Doctrine 77, Ivan Okhlobystin, who espouses his own particular brand of ‘aristocratic nationalist patriotism’.  ‘Immigrants are not the real problem. The real problem is much more serious: intolerance and hatred of indigenous ethnic groups’, says this op-ed.

The jury in New York Federal Court has found alleged arms dealer Viktor Bout guilty on all four charges of conspiracy to kill U.S. officials and nationals, conspiracy to sell missiles and conspiracy to support terrorism by cooperating with Colombian terrorist group FARC.  One of the Russian businessman’s defense lawyers has vowed that they will take the case to the Supreme Court.  Russia has said it will try to bring Bout back to his homeland.  Alex Vines, a research director at Chatham House, has told the Guardian that the case is likely to prompt strains in Russia-US ties as ‘the grey areas of his involvement with the Russian government and arms industry are becoming clearer.’

‘[S]edatives in a pilot’s blood, inadequate training and a crucial instrument mix-up,’ have been found to be the causes of the September plane crash which killed Yaroslavl’s Lokomotiv hockey team, says the Moscow Times.  German secret service documents have apparently alleged that Vladimir Putin was a wife-beating philanderer during his time working for the KGB in Dresden.  The national leader has been ranked the world’s second-most powerful person, after U.S. President Barack Obama, in Forbes magazine’s annual ranking.