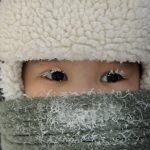 Moscow’s next opposition protest is planned for February 26, with organisers anticipating enough participants to surround the Kremlin’s 16-kilometer Garden Ring with a human chain.  A pro-Putin rally will be held in Moscow on February 23, with organisers saying that they expect 200,000 people to show.  Putin’s election fund is currently thought to stand at around $12.7 million.  A 10-minute-long, pro-Putin flash mob, held yesterday by a new youth group in Moscow, ended in some detentions.  Former Soviet leader Mikhail Gorbachev says that Putin has ‘exhausted himself’ with 12 years of rule, and called for his system of government to be ‘destroyed’.  Gorbachev has been invited to join, but not lead, the League of Voters.  Kommersant has asked the Prosecutor General’s Office to open a case against Nashi officials, part of what the Moscow Times calls a more widespread backlash against the pro-Kremlin youth organisation.  Nashi refutes the allegations, which are related to emails recently leaked by the Anonymous group of hackers.  The same group forced a United Russia website offline yesterday, citing ‘nauseating’ content in praise of Vladimir Putin.

Has Sergei Lavrov suggested that Syria is not using heavy weapons to bombard Homs?  The EU’s foreign policy chief, Catherine Ashton, has called on Russia to reconsider its Syria position.  ‘When Moscow says that it will not allow the experience of Libya to be repeated, it is essentially referring to the metaphorical insult it suffered when NATO’s weapons were able to destroy the advanced Russian arsenal held by Gaddafi.’  Moscow says it will reject further U.N. sanctions against Khartoum.  The BBC’s Steve Rosenberg considers the importance of political honesty.  Alexei Navalny has accused the Chechen Interior Ministry ofillegal spending.  The threat of re-opening the trial against Sergei Magnitsky is ‘an intimidation tactic to discourage Magnitsky’s family from pursuing prosecution of the police and tax officials involved in his imprisonment’, says the Guardian.

1 soldier in Krasnoyarsk has died, and 42 have been hospitalised with pneumonia, amid speculation that their barracks were not heated properly.  South Ossetian opposition leader Alla Dzhioyeva is in hospital, having suffered an apparent stroke during a police raid on her home, and may be transferred to Russia.  The Moscow Times interviews United Russia founder Yury Luzhkov.

PHOTO: A child, with eyelashes covered with hoarfrost, is seen along a street in the eastern Siberian city of Yakutsk in Sakha (Yakutia) Republic February 10, 2012. REUTERS/Viktor Everstov