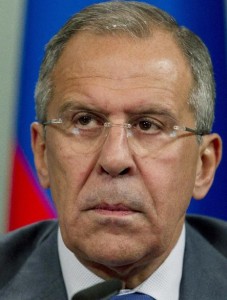 The Investigative Committee says that the death of Vera Trifonova in pretrial detention was due to medical error rather than, as her family believes, a withholding of medical care.  Nikolai Alexeyev, head of the rights group GayRussia.ru, has condemned the St Petersburg bill that would prohibit ‘propaganda of homosexuality’ to minors, arguing that it will almost certainly be used to shut down ‘any public actions by the LGBT community’.  The bill is being backed by United Russia, which helped it pass its first reading (of three).  The President of Tajikistan has ordered the release of a Russian pilot initially sentenced to eight years in jail for violation of airspace, following Russia’s retaliatory expelling of Tajik migrant labourers.  A top military officer says that Russia is facing a heightened risk of being drawn into border conflicts that ‘may develop into a full-scale war involving nuclear weapons’.  The new IEA resolution on Iran, obtained ahead of a final vote, makes concessions to Russia and China in omitting an ultimatum.

Foreign Minister Sergei Lavrov has played down suggestions that visa requirements between Russia and the EU will be lifted in the coming months, and has likened the current situation in Syria to ‘a civil war’.  The director of Russia’s Federal Service for the Control of Narcotics has criticised U.S. efforts to eradicate Afghanistan’s opium production.  RFE/RL reports on the 21,000 Kosovar Serbs who requested Russian citizenship: ‘what they obviously had in mind was Russia’s 2008 war with Georgia’.  Former Moscow Mayor Yury Luzhkov’s lawyer says that his client has no plans to hire a team of foreign-based attorneys to represent his interests in the Bank of Moscow case.

Michael Bohm on the ‘Putin-Berlusconi bromance’ and why Putin won’t follow the route of the Italian PM: ‘Putin appears to be more out of touch with reality than Berlusconi.’  Two top Bolshoi dancers have shocked the ballet world by joining St Petersburg’s Mikhailovsky Theatre.