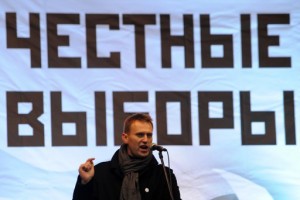 Vladislav Surkov, the man behind the notion of ‘sovereign democracy’ and one of what Alexei Kudrin called ‘the designers of the system’, has been removed from his post, producing mixed responses.  Some say that the move is part of Putin’s plan to strengthen his position in the Kremlin – Surkov’s replacement, Vyacheslav Volodin, was the mastermind behind the All Russia People’s Front.  Others suggest that he is capitulating to protesters, although elsewhere, the Prime Minister has dismissed calls for a review of the recent election results, slammed the uncoordinated efforts of his opponents, and has expressed confidence that he can win the presidential election without need of manipulation.  Surkov will take up a new position as deputy prime minister in charge of a modernisation drive.  Yulia Latynina sees Russia as a kleptocracy and that, as such, ‘it’s not the protesters who take signals from the U.S. State Department. It’s the Kremlin.’  A Wall Street Journal analysis says that the most recent election results ‘are studded with red flags that suggest broad electoral fraud’.

‘[T]hanks to the live call-in show, we can see Putin’s core constituency in full color — Russians accustomed to kind tsars giving them government handouts.’ Does the unexpected release of entrepreneur and fraud suspect Natalya Gulevich herald a change in the Russian court’s treatment of business owners? Opposition leader Sergei Udaltsov has had his request for an appeal denied by a Moscow court; the hearing will be held on January 7.  An Associated Press piece on the political skills of Alexei Navalny and his role in fomenting the current mood of protest in Russia is making the rounds today, alleging that his popularity is only docked by his apparent support for nationalists.

This article looks in-depth at Russia’s bill about homosexual ‘propaganda’ and the effects it will have on the LGBT community.  Dmitry Medvedev has expressed hope for a resolution of the Nagorno-Karabakh dispute, ‘perhaps the only conflict in the post-Soviet space that can be settled at the moment’.  Mikhail Prokhorov says that, if he is elected president, he will have to stop partying.  Hot on the heels of the Bhagavad Gita scandal, Russia may now also ban a Hare Krishna text on the grounds of extremism.

PHOTO: Alexei Navalny, a charismatic leader of Russia’s protest movement, said he would be ready to take on Vladimir Putin in fair presidential elections, as an ally said that the Russian premier was ready for dialogue. (AFP Photo/Kirill Kudryavtsev)