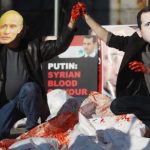 Grigory Yavlinsky, the Yabloko Party’s presidential candidate, will be disqualified from running in the March elections: the Central Elections Committee is blaming invalid signatures on his nominating petition; Yavlinsky says the move is an attempt to block genuine competition.  United Russia is brainstorming on how to restore public trust in elections.  Independent election watchdog Golos may be forced to relocate just one month before the presidential vote due to raised rents and planned power shortages.  Former Finance Minister Alexei Kudrin suggested that he and Yavlinsky ‘consolidate democratic forces’ by working together.  Kudrin says that the plan to replace Medvedev with Vladimir Putin as President was not planned four years ago, saying that he ‘saw a certain interest on Medvedev’s part to remain as president’.  It looks unlikely the Dmitry Medvedev’s bid to push through one last reform (direct elections for governors) as President will succeed, prompting the Moscow Times to consider a ‘lame duck’ presidency of ‘crumbling’ plans for reform.  Nikolai Petrov analyses the wording of the bill, which he calls a ‘Trojan Horse’.  The Independent profiles ‘gangling billionaire’ Mikhail Prokhorov.  A BBC correspondent talks to Putin supporters in Novgorod: ‘In 1991 the shops here were empty […] Now we’ve got everything they have in the West […] and it’s thanks to Putin.’  Was Putin’s tract on nationalism ‘plagiarized from a sociological monograph’?

An attorney representing the family of Sergei Magnitsky has been forcibly removed from the case by the Interior Ministry; William Browder blamed the removal on Nikolai Gorokhov’s being ‘such an effective lawyer’.  ‘The irrationality of Rogozin’s and Putin’s arguments proves that Russia’s hysteria over U.S. missile defense has no relationship whatsoever to the country’s national security.’  Poland is concerned that cuts to the U.S. defence budget will leave it vulnerable to Russia by delaying a planned missile shield whilst retaliatory Russian forces are deployed in Kaliningrad as a precaution.  U.N. representatives for France, Britain and the U.S. have all slammed Russia for supplying arms to Syria.

Moscow Mayor Sergei Sobyanin is now the official in charge of examining applications to hold demonstrations.  The route for the February 4 protest has still not been agreed.  According to Boris Nemtsov, the opposition aims to hold a demonstration on February 26 if the earlier protest does not win any government concessions.  Chechen President Ramzan Kadyrov has railed against anti-Kremlin Muscovites.  Putin should never have expressed his anger against the opposition, says Yulia Latynina, not least because, ‘according to his own rules, Putin demonstrated weakness by speaking’.  U.S. Ambassador to Russia Michael McFaul rejects accusations that he’s trying to foment unrest in the country as ‘nonsense’.