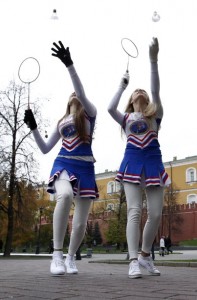 RFE/RL looks at the problem of pre-trial detention (SIZO) deaths and illnesses, reporting that 50-60 prisoners die in such centers every year.  The Washington Post looks at the case of one such victim, Andrei Kudoyarov, imprisoned over bribe allegations that many of his colleagues suspect were politically motivated.  Following reports that United Russia was planning a smear campaign against Alexei Navalny, the anti-corruption blogger and whistleblower has had his private emails leaked – although as yet they appear not to reveal anything scandalous.  The Kremlin is publicly defending its ouster of Yury Luzhkov last year, claiming that the former Moscow Mayor ‘allowed […] exorbitant corruption’.  In response, Luzhkov says he will sue the official in question for defamation over the claims.  Brian Whitmore reports on the latest tensions among the siloviki.  Foreign Minister Sergei Lavrov says that Russia is worried by U.S. violations of international law.  New figures show that the U.S. has a ‘major advantage over Russia’ where nuclear weapons are concerned; NATO Secretary General Anders Fogh Rasmussen praises Russia’s ‘absolute creativity in search of a compromise’ regarding missile defense.

Activists are calling for Russian media to stop ‘whitewashing’ Stalin’s image.  Apathy will work in Vladimir Putin’s favour at the upcoming elections, says the Levada Poll Center, with 85% of Russians thought to believe that they have no say in political life.  The Russian Orthodox Church may authorise its TV celebrity priest Ivan Okhlobystin to participate in this year’s nationalist Russian March.  A Russian journalist has been deported by the Belarusian KGB for interviewing opposition candidates.  Sergei Lavrov and TV host Vladimir Pozner are involved in a war of words over the Katyn massacre, with Lavrov accusing the latter of quoting him out of context.

The Other Russia has picked up on Garry Kasparov’s comments to The Daily Beast regarding the U.S. reset and the upcoming elections.  Russia will have its first Formula One grand prix in 2014, allocating an almost $200 million budget for the track at Sochi.  Yesterday marked the 9th anniversary of the end of the hostage crisis at Moscow’s Dubrovka Theatre.

PHOTO: Activists of pro-Kremlin youth organisations take part in an event to popularise badminton, shortly after Russia’s President Dmitry Medvedev promoted the sport in his video blog, in front of the Kremlin wall in central Moscow October 26, 2011. REUTERS/Anton Golubev