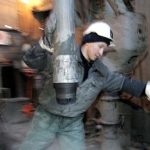 TODAY: European Court delivers mixed verdict on Yukos case; does not see selective justice; plot thickens around Prokhorov’s exit from Right Cause; Valentina Matviyenko named speaker of council.  Russia to back Palestinian bid for UN recognition; plane crash in December down to pilot error; Burnt By the Sun 2 to go to Oscars despite poor reviews and ticket sales; Putin nominated for peace prize.

The European Court of Human Rights has ruled that Russia did violate the rights of oil giant Yukos, but rejected the notion that the case was politically motivated.  The court concluded that the manner in which the company was investigated was ‘unfair’ but did not see that the defunct oil major was singled out.  The court has deferred any ruling on $96 billion in damages.  For Yukos, ‘a victory, if a partial one‘ says analyst Masha Lipman, quoted by Bloomberg.  On the other hand,  ‘[t]he Russian government appears to have got off lightly’ argues the Economist.  The FT concurs: ‘In the event, the European Court of Human Rights ruling was a lot better news for the Russian government than for the Yukos side’.  A BBC video report on the matter can be seen here.

Mikhail Prokhorov did not attend the Right Cause party Congress yesterday, dampening rumors of his return to the fold.  Yulia Latynina offers some personal insights relating to Prokhorov’s departure in the Moscow Times.  A senior party official who remains anonymous has told the press that the real reason the billionaire was ousted was because he had hoped to ‘organize Orange Revolution-style tent camps’.  Has the whole debacle imperiled the concept of managed pluralism?  wonders Brian Whitmore.  The ex-governor of St. Petersburg, Valentina Matviyenko, has been elected Speaker of the Federation Council.  Smolensk’s city manager has been arrested after his deputy was caught taking a bribe on his behalf, says the Moscow Times.

Deputy foreign minister Mikhail Bogfanov has stated that Russia will ‘certainly’ support the Palestinian Authority’s bid to be recognized as a state by the United Nations.  He also insisted that Russia is ‘not dramatizing’ the situation with the US over its missile shield deployment in Romania and Turkey.  A flight safety watchdog has concluded that the crash of a Tu-154 airliner last December, which killed two and injured over 80 people, was caused by pilot error.  The Blue Bucket brigade has raised the alarm over the deaths of four Moldovan construction workers who were mowed down in Moscow by a pair of luxury vehicles.

There is evidence to suggest Russia’s contemporary art scene is losing its political edge, says this article.    ‘It was extremely badly received by critics, its box office receipts collapsed, and it had no international festival success’: not without controversy, director Nikita Mikhalkov’s Burnt by the Sun 2 has been selected for the 2012 Oscars.  The head of the Oscar committee director Vladimir Menshov, who voted against the film’s nomination, has complained of favoritism directed towards Mikhalkov, who has close ties to the Kremlin.  In another case of inappropriate nomination, Vladimir Putin is on the list of contenders for China’s Confucius Prize For Peace.  Russian grandmaster Peter Svidler has won the 2011 World Chess Cup.