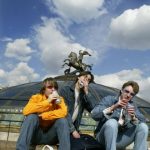 U.S.-based organization Physicians for Human Rights has said it is worried by the ‘significant discrepancies’ found in the official documentation relating to the death in jail of Heritage lawyer Sergei Magnitsky, used in an investigation into the murky circumstances of his passing.  Russian human rights activists have voiced their support for the Investigative Committee’s decision to consider all avenues in the 2009 killing of rights advocate Natalya Estemirova.  Artist Oleg Vorotnikov of the Voina collective, charged with overturning a police car, has been put on the international wanted list after skipping bail, Ria-Novosti reports. Three Russian activists and a journalist have been arrested in Moscow in a protest against the use of migalki, despite the participants being dispersed sufficiently so as to ensure the protest could not be deemed a mass gathering.  President Medvedev has argued that law enforcement should not interfere in the rights of labor movements to hold peaceful rallies.  Platon Lebedev, the business partner of Yukos founder Mikhail Khodorkovsky has filed an appeal against his sentence for embezzlement.

Watch here the video that forced a senior Russian police officer from the St. Petersburg area to resign: footage shows the apparently inebriated officer urinate in an office corridor in his underwear.  Russia’s chief military prosecutor has told the press that assaults on soldiers by their superiors have risen dramatically this year.  ‘The potential for a military rebellion is greater now than it has been since the early 1990s. The reason that officers have been able to share examples of abuse and better mobilize their discontent is access to the Internet, social networks and officers’ forums’, argues Mark Feygin in a Moscow Times op-ed.

David Ignatius in the Washington Post sees veritable progress in US-Russia relations via discussions on how to create joint data-fusion and operations centers in the European missile defense system.  The New York Times reports on the problematic nature of Angela Merkel’s amicable stance on rights-flouting Russia.  The Economist argues that Mrs Merkel was not necessarily as supplicant as might have been expected given her country’s renewed reliance on Russia for oil and gas.  Speaker of United Russia? General Secretary of United Russia? Security Council Secretary?  Brian Whitmore speculates on which post Putin might occupy if he does not return to the presidency, the elections for which, it has been announced, will be held on March 4.  As the election battle draws closer, the Moscow Times reports that A Just Russia has accused United Russia of fabricating rumors that one of its founders is resigning.

A top-ranking official with Dagestan’s anti-extremism authority has survived an assassination attempt which killed his two bodyguards.  ‘If Abkhazia will never return to Georgia, is it really wise to put brakes on its democratic development, forcing it further into the Russian fold?‘ wonders an in-depth piece on the breakaway state in the New York Times.

Medvedev cracks down on teen tipplers.  Bloomberg looks at the spate of disasters that has plagued Russia’s traditionally ill-fated summer months.

PHOTO: Medvedev’s anti-alcohol drive is the country’s first serious attempt to deal with the population’s love for booze since a campaign was launched in 1985 by Soviet leader Mikhail Gorbachev.  (Vladimir Filonov / MT)