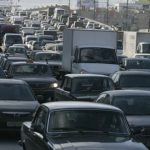 Will this weekend’s United Russia congress finally unlock the secret of who will run for President?  The state of uncertainty has had a paralyzing effect on Russia politics, says the FT, but at least someone is profiting; UK betting website Paddy Power has started taking bets, giving odds that put Mr Putin as 7.9 times more likely to win.  The BBC has a video on the presidential race featuring various tandem publicity stunts.  According to Bloomberg, Dmitry Medvedev may announce his backing of Vladimir Putin’s United Russia party at the congress to improve its flagging ratings.  A possible new role for the current President could be that of speaker in the State Duma, suggests the Moscow Times.  An op-ed by Michael Bohm argues that Putin and the United Russia leadership are ‘playing with fire by courting Rogozin and his dangerous brand of nationalism and xenophobia’ in order to bolster the party’s popular appeal.  Grigory Yavlinsky, co-founder of Yabloko, has announced he is ready to run for the presidency if his party gains representation in parliament.  Gennady Zyuganov will lead the Russian Communist Party.  A group of political consultants hired for Mikhail Prokhorov’s doomed State Duma campaign have apparently picketed the offices of his Onexim Group claiming unpaid wages.

The relatives of three Chechen men who were shot dead in Istanbul last Friday have accused the Kremlin of ordering the killings in retaliation for the Domodedovo airport bombing in February.  The New York Times reports that six people were killed and at least 50 injured when three car bombs exploded in the capital of the Muslim Dagestan region.  In what has been viewed as a response to NATO’s European missile defense shield, Russia is reportedly planning to develop its own sea-based missile defense system.  The deputy chief of Russia’s general staff has told Bloomberg that Russia may merge its air defense system with that of Kazakhstan.

Georgian President Mikheil Saakashvili has apparently used the UN floor to repeat claims that Moscow committed acts of terrorism against Georgia, and occupied its territories during and since the 2008 conflict.  Meanwhile Russia defended its comportment at Europe’s Human Rights Court, citing self-defense.  The Economist has this fascinating video of an irate Aleksandr Konuzin, Russia’s Ambassador to Belgrade, showing no compunction in stoking the fire of Serbian nationalism.

Prisoners at a maximum security prison in central Russia have gone on hunger strike in protest at draconian conditions, demanding a meeting with Prosecutor-General Yury Chaika and human rights Ombudsman Vladimir Lukin.  Opinion pollster VTsIOM has found that almost 56% of Russians describe their current living standards as ‘difficult’.  Crisis averted: apparently a Russian nuclear submarine received only ‘light damage’ to its outer hull when a fishing vessel manned by an allegedly drunk crew rammed into it.   Yesterday was World Car Free Day; Moscow marked the occasion with serpentine traffic jams and a major road accident.