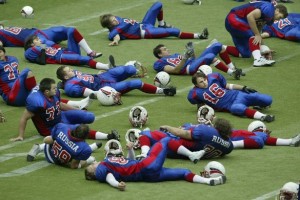 RFE/RL reports on how, following an interview in which he revealed human rights abuses in Butyrka remand prison, Senior Lieutenant Aleksei Kozlov was subsequently demoted to a lower-paid post and made the subject of hostile scrutiny from his colleagues. Left Front activist Oleg Prudnikov has been sentenced in Moscow to seven days in jail for refusing to follow police instructions.   The Interior Ministry has hit back at protestors detained at Moscow State University, arguing that they were warned several times that their actions would be followed by arrests.  France has become the latest Western country to chastise Russia openly for its lackluster investigation into the death of Hermitage Capital lawyer Sergei Magnitsky in pretrial detention in 2009.  Only recourse to the Strasbourg Court of Human Rights has meant that a seriously ill inmate, entrepreneur Natalia Gulevich, could be transferred from pretrial detention center to a hospital after her kidneys and bladder recently failed.  Defense minister Anatoly Serdyukov has said that a police force will be introduced into Russia’s army next year in an attempt to root out ‘dedovshchina’, an extreme form of military hazing. Prime Minister Vladimir Putin has failed to appear at an anti-drugs gala at Moscow’s Olimpiisky stadium yesterday, possibly, says this article, because his last appearance there on Sunday at a boxing match was greeted with boos.  The Lede from the New York Times explores whether Sunday’s abuse was directed at the astonished Prime Minister or one of the fighters.  Mikhail Gorbachev has condemned what he views to be potemkin democratic institutions in his country and warned that the siloviki cannot expect to rule forever.   ‘And how will the West react to this pathetic charade?’ asks this op-ed.  The Communist Party has been accused of the unauthorized use of the faces of two Russian institutions, Vladimir Putin and Mikhail Kalashnikov, in its poster and leaflet campaigns.

‘A remarkable admission’ from President Medvedev on why Russia went to war with Georgia in 2008, thanks to Brian Whitmore.  Following two weeks of diplomatic wrangling, a court in Tajikistan has freed the Russian and Estonian pilots who had been sentenced to eight and a half years in jail for smuggling and border violations.  The United States has announced it will stop sharing data with Russia under a treaty that limits conventional forces in Europe.  For those who doubted that reset relations could last, evidence via REN TV, whose award-winning anchorwoman Tatyana Limanova appeared to give President Barack Obama the middle finger during a live broadcast on federal television.

Distributors of a documentary film about jailed Yukos founder Mikhail Khodorkovsky have accused the authorities of instituting a de facto ban on the film after distributors refused to show it.

PHOTO: Putin lamented the 100 ruble ($3) a day allowance that athletes at state training camps get for their daily needs. (Vladimir Filonov/MT)