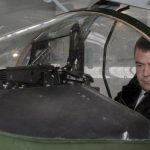 Grigory Yavlinsky, the Yabloko Party’s proposed presidential candidate, may be barred from running in the March elections due to ‘technical violations’ related to his 2 million required supporters’ signatures.  Governor of the Irkutsk Region and presidential hopeful Dmitry Mezentsev will not be allowed to run.  Human Rights Watch has accused Russia of making a grave mistake in supporting ‘a longstanding authoritarian ally’ in Syria, as news breaks that Rosboronexport has signed a deal to supply the regime with 36 Yak-130 aircraft.  HRW also expressed concern over opposition registration and Vladimir Putin’s presidential bid; a PACE delegation has called the bid a ‘survival mechanism’ for the current regime.  According to Alexei Kudrin, Putin has not met with opposition leaders yet because of ‘mistrust toward the group that’s trying to position itself as representing the interests of the protesters.’  Moscow’s City Hall has rejected the opposition’s request to hold a 50,000-strong march to the Kremlin on February 4, suggesting alternative routes and dates.

Mikhail Prokhorov’s newly-unveiled election platform is ‘unlikely to dispel suspicions’ about his independence.  Putin’s election webcam installation program began over the weekend; critics say that there will still be plenty other ways to cheat, but officials believe that the presence of the cameras will have ‘a certain psychological effect’ at election-time.  Georgy Bovt plays down the move to reinstate direct elections for governors: ‘The federal authorities know exactly how to remove unwanted candidates from a race, regardless of the number of signatures they have gathered.’  Vladimir Churov has lashed out at European election observers preparing their report of the last Duma elections.

Writer Vladimir Voinovich is interviewed in the LA Times on his ‘prediction back in 1986 that Putin would rise to power’.  The Washington Post reports on the current state of the Communist Party, which is thought to have roughly 11% of electoral support.  Members of a rock group have been arrested for performing an anti-Putin song on Red Square.

Vladimir Putin is proposing to create a park near the Kremlin, which would replace a commercial project if it goes ahead.  He has also secured free flights for Russian football fans to watch the European Championships in Ukraine and Poland. ‘Attention! Starting from Thursday, the icon of Vladimir Putin was renewed and started seeping myrrh.’