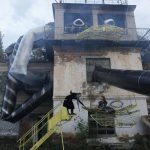 United Russia has completed its primaries, adding a teacher, artisan and farmer to its ranks and thereby ‘replacing party bureaucrats with grassroots activists’.  Mikhail Prokhorov’s Right Cause Party is accusing the Kremlin of functioning like a monarchy: ‘The Constitution places it above legislative, executive and judicial branches of power.’  Tabloids ‘adore’ the ‘scandal-prone billionaire’, says the Moscow Times.  The newly-elected President (formerly the Vice President) of Abkhazia, Alexander Ankvab, has been congratulated on his election success by President Dmitry Medvedev, who is in Sochi today for a meeting with the heads of all seven registered parties.  Brian Whitmore at RFE/RL has a round-up of all the latest election news.  No one was injured in this morning’s blast in a parking lot in northern Moscow.  Vladimir Frolov suggests that the decision on who will run for the presidency next year may have been made back in 2007.

Is Russia aiming to boost its global status as a donor nation with its plans to create its own Agency for International Development?  A sexual health billboard featuring ‘less than flattering’ images of the President and Prime Minister have led Siberian investigators to seek jail terms.  A profile of the city of Yaroslavl.

PHOTO: Students rehearse for an installation called “The Airport Phoenix” by French artist Xavier Juillot during the 10th International Kansk Video Festival at an abandoned airport in the Siberian town of Kansk, August 26, 2011. REUTERS/Ilya Naymushin