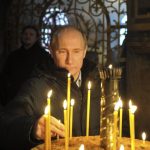 Britan, France and the U.S. are trying to convince Russia not to block the Arab League’s initiative to force Syrian leader Bashar al-Assad to step down by promising to refrain from military intervention.  The Russian Foreign Ministry says that the Syrian government has agreed to take part in Moscow-mediated talks on the current crisis; Syria denies this.  ‘Russia’s support for Syria dates back to the days of the Soviet Union.’  St. Petersburg officials have approved a February 4 opposition demonstration for 30,000 people.  The BBC profiles the official presidential candidates, as opposition leaders Vladimir Ryzhkov and Boris Nemtsov appeared on state-run television in programs critical of Vladimir Putin. ‘It’s true I haven’t been in the NTV studio for five years.  Obviously, something is happening in the country,’ said Nemtsov.  Mikhail Prokhorov envisions the worst-case scenario between Kremlin and opposition as ‘civil war’.  According to independent elections watchdog Golos, the main violator in the run-up to the presidential elections is Vladimir Putin, partly because he started campaigning before the official opening of the campaign season.  Moscow schoolteachers have reported been ordered to attend a pro-Putin rally on February 4, to coincide with the planned anti-government rally.  Protesters on both sides will face temperatures of -17C.  A group of exiled Russian businessmen, self-dubbed the International Anti-Corruption Commitee, says it will prove that Vladimir Putin has stolen ‘hundreds of millions of dollars’.

Vladimir Putin’s call for a restoration of Russia’s ‘technological leadership’ has been published in (Vedomosti shareholder) the Financial Times.  The piece, which was originally published in Vedomosti, received criticism from online readers; Reuters notes that the steps proposed for economic modernisation ‘are in part contradictory’, and others called it a rehashing of old ideas.  A similar Putin piece has appeared in the Washington Times, focusing on the growth of the middle class.  A member of Sergei Lavrov’s Asia-Pacific delegation says earlier reports that Lavrov had suggested that the Kuril Islands dispute be resolved through a referendum were ‘a blatant distortion of the minister’s words. […] No politician in his right mind would ever put this issue [forward] for a referendum.’  Communist lawmakers suspect Elections Commissioner Vladimir Churov of having ties to British intelligence, ‘taking “spy mania” to the heights of absurd’.

Georgian president Mikhail Saakashvili met U.S. President Barack Obama in Washington yesterday, winning hopes of the possibility of a free trade agreement; Saakashvili said that the promise shows that the U.S. reset with Russia has not affected relations with Georgia.  Grigory Yavlinsky says that only 16,000 of his collected presidential bid signatures were invalid.

PHOTO: Russian Prime Minister Vladimir Putin places a candle during his visit to a monastery in the Leningrad region near St.Petersburg January 30, 2012. REUTERS/Alexei Nikolsky/RIA Novosti/Pool