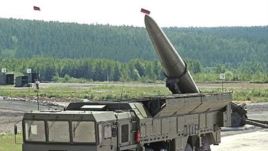 Australian-American journalist John Helmer has apparently been barred entry to Russia, in what he claims is revenge for refusing to take a bribe from Oleg Deripaska’s RusAl in exchange for favorable coverage of the metals giant.  Russia’s only independent elections watchdog Golos, which is partly financed by European and American agencies, has accused state-run media of attempting to tarnish its reputation in the run-up to Sunday’s elections.  The leader of the Russian Communist Party, Gennady Zyuganov, has told Vedemosti that vote rigging could create an equivalence between Putin’s regime and that of toppled Egyptian leader Hosni Mubarak.  BBC Monitoring has a useful profile of each of the seven parties seeking to win seats in the State Duma.  Brian Whitmore looks at the origins of Putin’s legitimacy on the Power Vertical.  A lack of independence from the executive is one of numerous reasons why parliamentary opposition remains ‘unconvincing’ says Open Democracy.  Vote Navalny, says Yulia Latynina.  Is the Kremlin attempting to massage the results of the presidential election in South Ossetia, which did not go its way?  RFE/RL reports that around 60 people have staged a protest in Irkutsk demanding the construction of pre-paid apartments, which remain unbuilt.  Russia has called the US’ criticism of St. Petersburg legislation that outlaws so-called ‘gay propaganda’ ‘inappropriate‘ and ‘incorrect’.

‘The Russian judicial and prison systems have become adept at eliminating political opponents of the regime through commercial disputes, extortion and by pressing charges against innocent people’, says Grigory Pasko in the Moscow Times.  Lawyers for jailed oil magnate Mikhail Khodorkovsky have apparently filed a supervisory complaint over the second verdict of Moscow’s Khamovniki court in which he was found guilty of embezzling oil and money laundering.

President Medvedev has opened an early-warning radar station in the Kaliningrad exclave bordering two NATO nations on Tuesday, in an attempt to press the United States to retract its plans for a European missile shield.  ‘I hope that our Western partners will perceive this move as the first signal of our country’s readiness to respond in kind to the threats the missile defense system is posing for our strategic nuclear forces’, said the President.  ‘The failure to agree on missile defenses in the past year has revealed important and troubling things about the American and Russian security establishments’ says an op-ed on the cooling reset in the NY Times.  Results from a new poll apparently show that most Russians don’t see NATO as Russia’s partner and are convinced that the bloc’s eastward expansion is a threat to the country’s security.

Russia’s Investigative Committee has claimed that former KGB bodyguard Andrei Lugovoi, widely believed to have murdered Alexander Litvinenko in London in 2006 was a target, not a suspect, in poisoning.   A special immigration tribunal in London has ruled that Ekaterina Zatuliveter, accused of spying for Russia through her affair with a British MP, is not a threat to British national security.