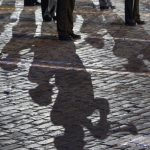 Despite numerous complaints, an alleged attack on a group of residents in Bogoyavleniye, including a Kommersant journalist and his wife, will not be investigated by the police, who have dismissed it as ‘petty hooliganism’.  The Governor of Saratov, Pavel Ipatov, has been singled out by Prime Minister Vladimir Putin in a ‘rant against regional authorities’, with the region accused of misspending 10.5 million rubles on, among other things, ‘banquets’.  A charity headed by a ‘longtime Kremlin insider’ (responsible for Putin’s controversial Blueberry Hill banquet) won two out of its three defamation lawsuits against Kommersant.  A British MP is calling on his government to follow the U.S. in imposing visa restrictions on Russian officials linked with the death of lawyer Sergei Magnitsky.  Yulia Latynina speculates that Dmitry Pavlyuchenkov, suspected of organising the murder of Anna Politkovskaya, framed his accomplices.

The Tubalars – an indigenous community living in the Alta Republict – want Roskosmos to compensate them for damage done to their health and the ecosystem by the rocket that crashed in the region last week.  Could a brawl between security forces and supporters of migrant workers have been caused by working conditions, rather than alcohol, as the authorities claim? The official vote has not yet taken place, but Georgy Poltavchenko is a clear winner for the post of St. Petersburg Governor.

Putin knows the lingo: he called his biker audience ‘cool’ and addressed them as ‘brothers’ during Monday’s election campaign stunt.  RFE/RL has video of the event.  Will this year’s elections make the lower chamber of the Duma ‘more representative’ thanks to a lowering of the vote percentage needed to gain seats?  A dozen fur seals died during a flight transporting them to a dolphinarium in Vladivostok, possibly due to an overheated cabin.  It’s the 70th anniversary of the First Arctic Convoy arriving in the Soviet Union – the BBC has video.