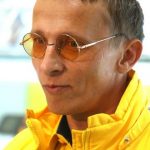 The Other Russia reveals that Russian police may be accorded the right to employ ‘special measures’, in other words, tear gas, tasers and water cannons, in dispersing opposition rallies if protestors block traffic in any way.   Moscow’s Basmanny Court met yesterday to consider extending custody for Chechan national Rustam Makhmudov, who is accused of the murder of Novaya Gazeta reporter Anna Politkovskaya.  Journalists were asked to leave the court, after an investigator requested that the session be held behind closed doors; reporters will only be allowed back in for the ruling.  The authorities have also named convicted criminal, Lom-Ali Gaitukayev, as the organiser of the killing.  Gaitukayev is currently serving a lengthy jail term on unrelated charges of attempted murder.  The Moscow Times reports that a career criminal has corroborated investigators’ findings in the near fatal attack on Khimki forest campaigner Konstantin Fetisov, and identified the masterminds of the assault.   Ex-Tula Governor Vyacheslav Dudka has been charged with accepting a bribe of $1.3 million and placed under house arrest.  This article notes how unusual it is to see such a charge openly leveled against a high-ranking official, former or otherwise.

The Young Socialists of Russia have published their fantasy cabinet, ‘without Putin’, featuring Dmitry Rogozin as defense minister, anti-corruption blogger Alexei Navalny as prosecutor general and Khimki forest activist Yevgenia Chirikova as environment minister.  Their ideal PM will be revealed on September 20.  Another candidate for President to consider: movie star, monarchist and priest Ivan Okhlobystin has brought novelty to the competition.  ITAR-TASS reports that Vladimir Putin sees half of United Russia going after the December elections, as the party undergoes ‘renovation‘.  Meanwhile an economic adviser to President Dmitry Medvedev has suggested that the authority of Vladimir Putin is waning, ‘whereas the authority of Medvedev has the potential to grow’.  Secretary of Russia’s Central Electoral Commission, Nikolai Konkin, has voiced his doubts about the legality of filming the procedures at polling stations by candid camera as a technique for registering trangressions in the rules of voting.

Amid bubbling tensions over gas prices, delegates of Russia and Ukraine apparently plan to consult on ABM and border demarcation.  Could, as a Wikileaks cable suggests, a personal grudge cloud Putin’s judgement when it comes to relations with Baltic neighbor Estonia?

The town of Petropavlosk-Kamchatsky has a dangerous fugitive on the loose.