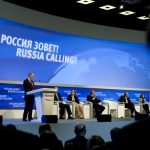 Amnesty International has marked the anniversary of the murder of Kremlin-critical journalist Anna Politkovskaya with a statement in which they say ‘little progress‘ has been made in the past five years to ‘increase the safety of journalists or human rights defenders who dare to expose abuses or challenge authority in Russia.’  Russian investigators have marked the anniversary by filing new charges against suspects involved in the slaying, but have failed to provide any insight into who planned it.  Resolving the case which ‘came to symbolize the corruption of the political and judicial system under Putin’ could be an important step for the reputation of the soon to be President, says the New York Times.  A spokeswoman for the U.S. Department of State has said the country ‘honors the legacy’ of the investigative reporter and urges Moscow to prosecute all guilty of killing her.  London-based rights NGO Reach All Women in War (RAW in War) has bestowed its annual Anna Politikovskaya award on Syrian human rights activist Razan Zeitouneh.

As NATO’s anti-ballistic defense system project continues to cast a shadow over the reset, Russia has called a US plan to station naval missile interceptors on Spain’s coast ‘unacceptable.’  If the US persists in making unilateral decisions, ‘then the chance … to turn anti-missile defense from an area of confrontation to an area of cooperation may be lost,’ the Foreign Ministry has warned reporters.  In an unusual blip for Moscow-Berlin relations, a prominent German analyst has been refused entry into Russia for security reasons; the German Foreign Ministry has summoned Moscow’s envoy in protest.  According to this report, a Kommersant analysis has suggested that CIS states are unlikely to find the prospect of being held under Russia’s yoke in an Eurasian Union particularly appealing.  Is Mikhail Saakashvili Georgia’s answer to Vladimir Putin?  At a meeting with his Abkhazian counterpart Alexander Ankvab in Moscow, President Medvedev reiterated the Kremlin’s support for the breakaway region and ratified agreements concluded last year with Sukhumi and South Ossetia under which Moscow will set up military bases in the breakaway republics.

Brian Whitmore offers up four possible trajectories for Putin’s return to the Presidency; find out what they are here.  He also provides a useful round-up of comments from Russian analysts contemplating Putin’s return.  The Right Cause party is apparently confident that even when it has returned donations made in support of its former leader, Mikhail Prokhorov, it will have enough funds to mount an election campaign.  The perils of playing the nationalist card are reflected in the collapse of the Soviet Union, says this op-ed, so do nationalists ‘really want an encore of this tragedy?’  In a case already riddled with dubious proceedings, ex-Yukos CEO Mikhail Khodorkovsky has told the press that deceased Yukos Vice President Vasily Aleksanyan was offered medical treatment in exchange for testimony against his employees.

Moscow’s Deputy Mayor Marat Khusnullin has pledged to protect the city’s architectural heritage, as long as it can be accomplished in balance with economic interests.  Innovation-fan and confirmed Mac-user Dmitry Medvedev has led Russia’s tributes to the company’s co-founder, Steve Jobs, who died yesterday.