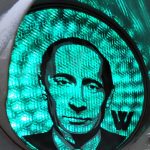 Foreign Minister Sergei Lavrov has responded to U.N. and Arab League plans to send a peacekeeping mission into Syria, saying that any mission to support peace must be based on the presence of peace, indicating that Russia will not support any intervention without a ceasefire.  The U.N.’s Human Rights Commissioner, Navi Pillay, says that Russia’s veto of the original proposed peace plan ‘emboldened’ Bashar al-Assad’s regime.  French journalist Anne Nivat has been expelled from Russia allegedly for having the wrong visa, after she had been speaking with the opposition.  ‘It clearly didn’t please them that I was having conversations with people from the opposition—they clearly said it, many times,’ she said.  A new UNICEF report suggests that 20% of Russian teenagers suffer from depression – significantly more than their Western counterparts.  This article discusses St. Petersburg’s moves to pass a bill outlawing ‘gay propaganda’.

The Left Front have submitted an application to hold a 1,000-strong ‘Farewell to the Political Winter’ rally on February 26.  Vladimir Putin has a piece in today’s Independent about income inequality, the central tenets of which have been questioned by Alexei Kudrin.  The Prime Minister’s campaign manager has referred to the liberal intelligentsia as ‘treacherous’ and, quoting a remark by Lenin, ‘the filth of the nation’.  An upcoming, televised campaign debate between Putin and Mikhail Prokhorov will be conducted by stand-ins on both sides.  ‘[H]eavy-handed, Soviet-style image control is […] a problem for the Putin campaign in the Internet age.’  Vladimir Rhyzhkov calls for political dialogue and reform, as the head of VTB has suggested that Putin announce he will only serve one term as President.  Opposition groups are warning that a first-round win for Putin would lead to a wave of protests: ‘Putin should be interested in a run-off if he wants to remain a legitimate ruler.’  Mobile phone tycoon Yevgeny Chichvarkin is funding a satirical political poetry reading in London, Citizen Poet, which will mock the current Russian political system – Chichvarkin calls it his ‘civic duty’, and is holding the event in the building that used to house the Russian Economic Forum.

50 local residents in Moscow gathered to protest the construction of a metro line beneath Bitsevsky Forest Park, claiming that the public were not consulted until after work had started to go ahead.  Preservation group Arkhnadzor says that the current redevelopment and demolition of the constructivist-era Dynamo football stadium (owned by VTB) is ‘absolutely illegal’.  Russia needs a public broadcasting service, but the working groups formed to make this happen have run into problems, says Alexei Pankin.  United Russia members win points for opening Twitter accounts.  The cold weather is thought to have caused 215 deaths thus far.

PHOTO: A green traffic light illuminates a transparent image of Russia’s Prime Minister Vladimir Putin, which was apparently stuck to the device by the Russian strongman’s supporters in central Moscow. (AFP Photo/Yuri Kadobnov)